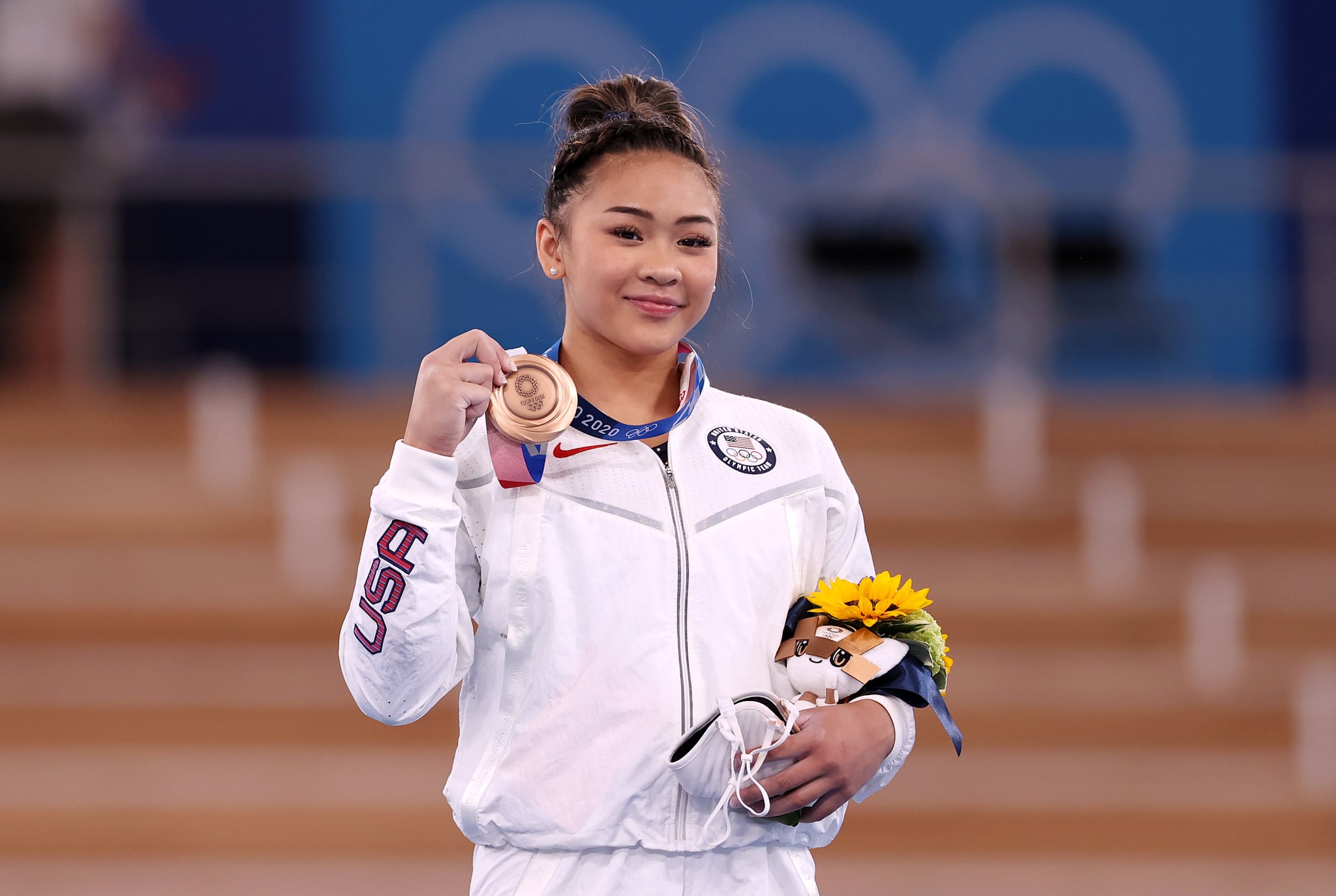 Sunisa Lee is back in the US after making history at the Tokyo Olympics, and her return has many feeling emotional. Ahead of her Today show appearance on Thursday, a 12-year-old fan could barely hold back his tears as he came face to face with the 18-year-old Olympic champion at the Today plaza in New York City. In a video shared by the show on Twitter, the little boy is shown excitedly holding up a poster of Sunisa as she walks over to him to give him a hug and pose for a selfie. The entire exchange was beyond sweet.

Sunisa made history as the first Hmong American gymnast to win an Olympic title after she took home a gold medal in the women's artistic gymnastics all-around competition. While on the Today show, she was finally reunited with her parents, John Lee and Yeev Thoj, and her siblings, Jonah and Shyenne, all of whom cheered her on from their home in Minnesota. Check out the heartfelt moment between Sunisa and her adorable fan in the clip below.

Watch this 12-year-old boy meet his hero @sunisalee_ on our plaza! 🧡 pic.twitter.com/xMdVy17Kkw