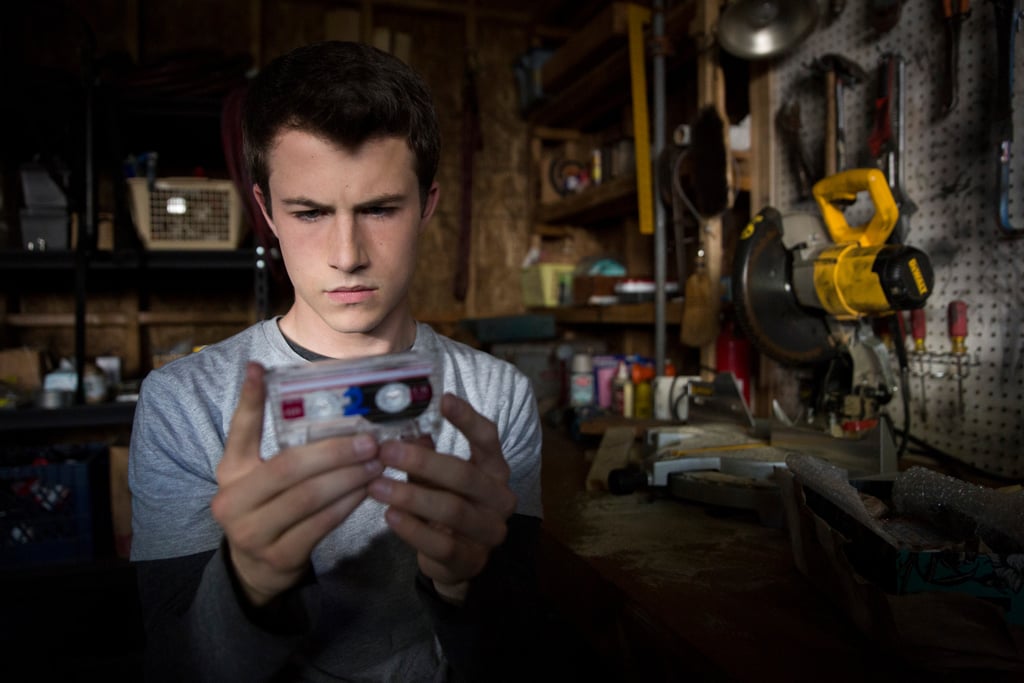 For much of 13 Reasons Why, Clay Jensen (Dylan Minnette) spends his time walking around the halls of his high school with a pair of headphones and a cassette player, listening to the 13 tapes left behind by Hannah Baker (Katherine Langford), a former classmate who had committed suicide a few weeks earlier. After finishing the series, the first thing we wanted to do was reach for our own headphones, because the show's soundtrack could not be more perfect. With a great mix of indie hits (like Lord Huron's "The Night We Met," which plays at the school dance), pop covers (Selena Gomez's "Only You"), and vintage classics (get ready for The Cure and Joy Division), the dark drama becomes that much more hauntingly memorable. Minnette actually picked out many of the tracks himself, so you have him to thank while you enjoy the next 36 songs.

Celebrity Interviews
Tommy Dorfman on Transitioning After "13 Reasons Why": "It Delayed Some of My Growth"
by Njera Perkins 17 hours ago

by Kelsey Garcia 23 minutes ago