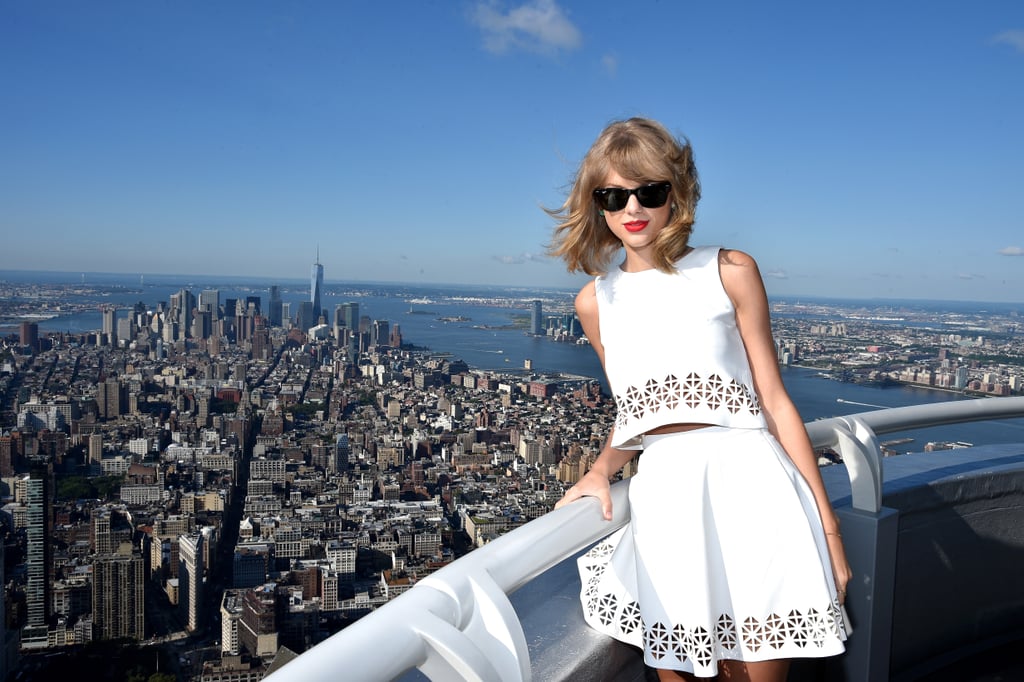 While making the press rounds to promote her upcoming album, 1989, Taylor Swift has been dropping more than a few thoughtful one-liners, adding to her long list of quotable moments from over the years. Most recently, Taylor called out the "sexist" critics who say she only writes about romantic relationships. She said, "Frankly, I think that's a very sexist angle to take. No one says that about Ed Sheeran. No one says that about Bruno Mars. They're all writing songs about their exes, their current girlfriends, their love life, and no one raises a red flag there." Her compelling comments aren't the only thing making headlines these days, though, as she's topping the charts with her latest songs — even when the "song" is only eight seconds of white noise. To celebrate the release of 1989 next week, take a look at 13 (naturally) of Taylor's most insightful, empowering quotes.