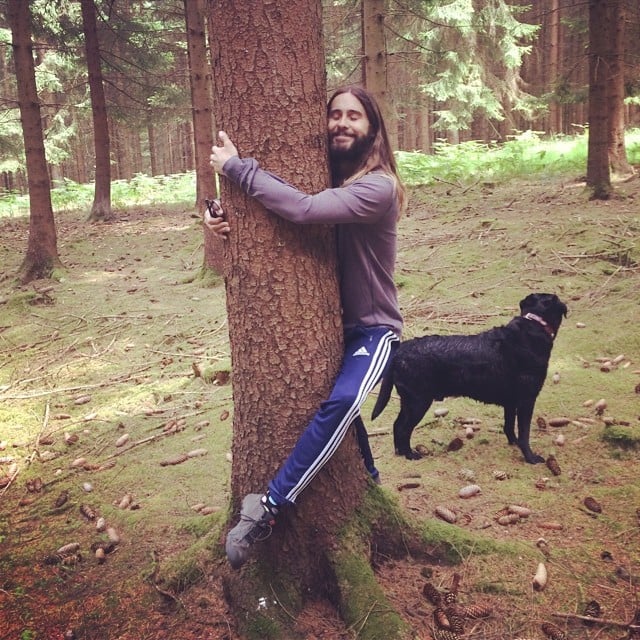 What happens when Jared Leto is photographed hugging a tree? Fans use the image to create seriously hilarious memes. It all started when Jared shared an Instagram picture of himself on Sunday, July 6. "Tree huggin hippy? Guilty!" he captioned the snap. A week later, countless "#JaredHugginLeto" memes are popping up online. People have been editing the image in Photoshop and adding him to all sorts of situations, and Jared can't seem to get enough of it. On Sunday, the actor regrammed a version featuring the leader of the free world. "Haaaaaa! Even President @barackobama gets some love from #JaredHugginLeto. You guys are hilarious," he wrote. Scroll down to see some of the most hilarious examples we've found so far, and then snap back to reality with real pictures of Jared hugging movie stars.