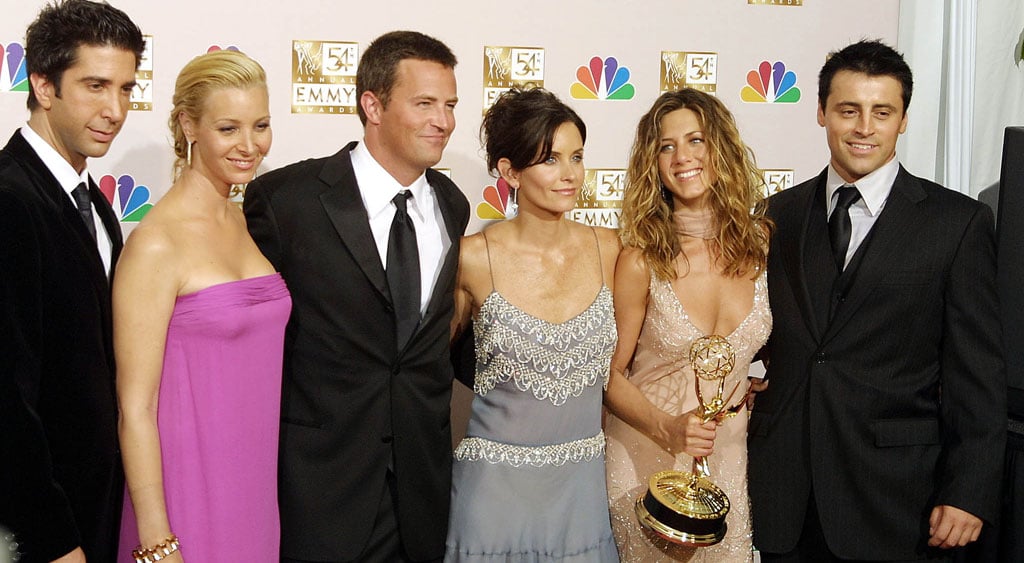 You've probably already heard the news that Jennifer Aniston and Justin Theroux got married at their home on 5 Aug, but what you may not know is that two very important people were not in attendance: her former Friends costars Matthew Perry and Matt LeBlanc. While attending CBS's Television Critics Association event on Monday, Matt told People that despite not getting an invitation, he feels nothing but love for Jen and Justin, saying, "I think they're a great couple. I think she's happy. And that's all I care about is that Jen's happy. If she wanted me there, I would have been there." Matthew, who was also at the CBS event, wished them the best, saying, "I wasn't invited. So what can you do? It was a surprise to me as well. They're a lovely couple, and I'm happy for them."

After tying the knot last week, the newlyweds jetted off with a group of their close friends to honeymoon in Bora Bora. Former Friends stars Lisa Kudrow and Courteney Cox, who served as Jen's maid of honour, attended the wedding and hung back from the tropical getaway. Howard Stern, who gave a speech at the reception, recently dished on the lavish celebrations during his radio show. While the world may never get an onscreen Friends reunion, check out 55 times you wished you were part of their Central Perk crew.