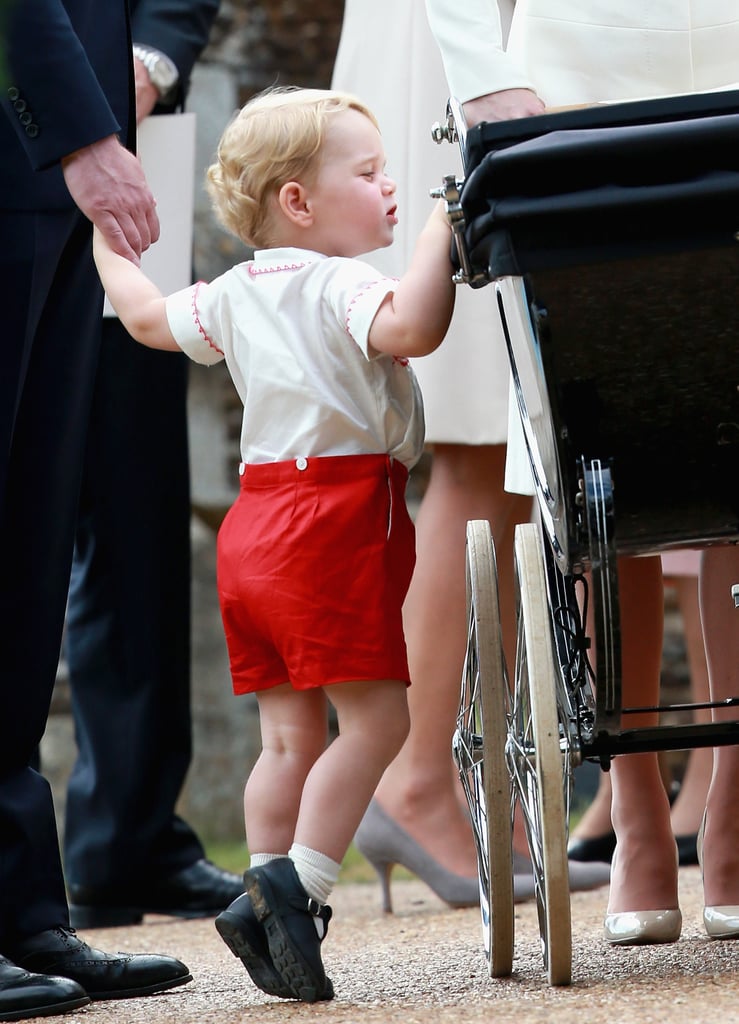 Although Sunday's christening marked a special occasion for Princess Charlotte, her big brother stole the spotlight with his adorable facial expressions. Prince George couldn't have been cuter as he walked hand in hand with his parents, the Duke and Duchess of Cambridge, as they made their way to the church with Princess Charlotte in her pram. Sporting a sweet outfit very similar to one Prince William wore when he was little, Prince George waved to the crowd, peeked into the pram to glance at his sister, and chatted with his grandmother Queen Elizabeth II as they stood outside the Church of St. Mary Magdalene on Queen Elizabeth II's Sandringham Estate.