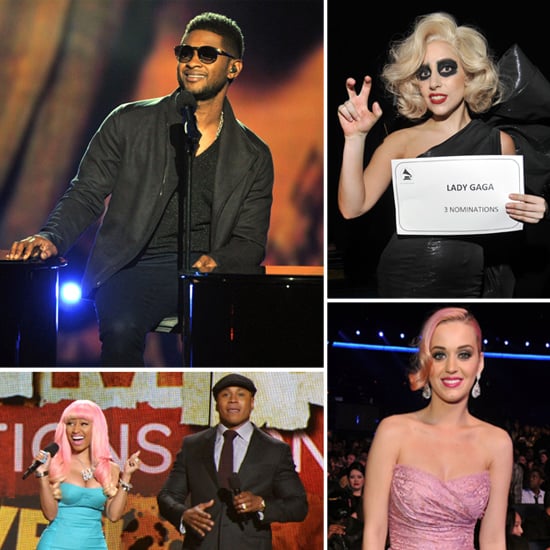 The 2011 Grammy award nominations were announced last night in LA during a live televised concert performance. Kanye West took top honors with seven nods, and not far behind was soulful singer Adele with six. Popular artists Katy Perry, Nicki Minaj, Bruno Mars, and Taylor Swift were also among those recognized — see BuzzSugar's entire list of Grammy award nominees! Lady Gaga, who is up for album of the year, best pop solo performance, and best pop vocal album, opened and closed the show with two of her hot tracks. Usher, Ludacris, and best new artist contender The Band Perry also performed while Katy, Nicki, and other popular musicians announced the nominees. The Grammy awards take place in LA on Feb. 12, and hopefully, ailing singer Adele will be fully recovered from recent throat surgery to take part in the show.