The 2011 MTV Movie Awards are tonight in LA, and we'll be LIVE from the big event. The show promises to be packed with excitement from performances by the Foo Fighters, Trey Songz, and Lupe Fiasco while host Jason Sudeikis is sure to have the audience laughing. Reese Witherspoon is set to take the stage to accept her MTV Generation Award, and Twilight fans will be on the edge of their seat when Robert Pattinson, Kristen Stewart, and Taylor Lautner grab the mic to introduce the full Breaking Dawn trailer. Emma Watson is also helping debut new footage from Harry Potter and the Deathly Hallows Part II. With so much to look forward to, we want to know — which part of the MTV Movie Awards are you most excited for? 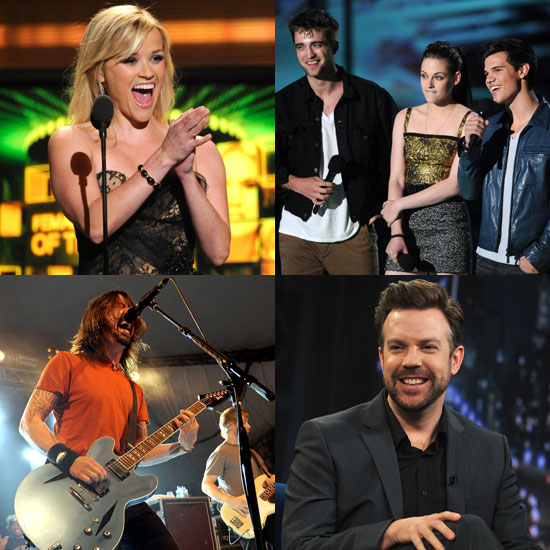 Image Source: WireImage
Which Part of the MTV Movie Awards Are You Most Excited For?  originally posted on POPSUGAR Celebrity News
MTV Movie AwardsPop Poll