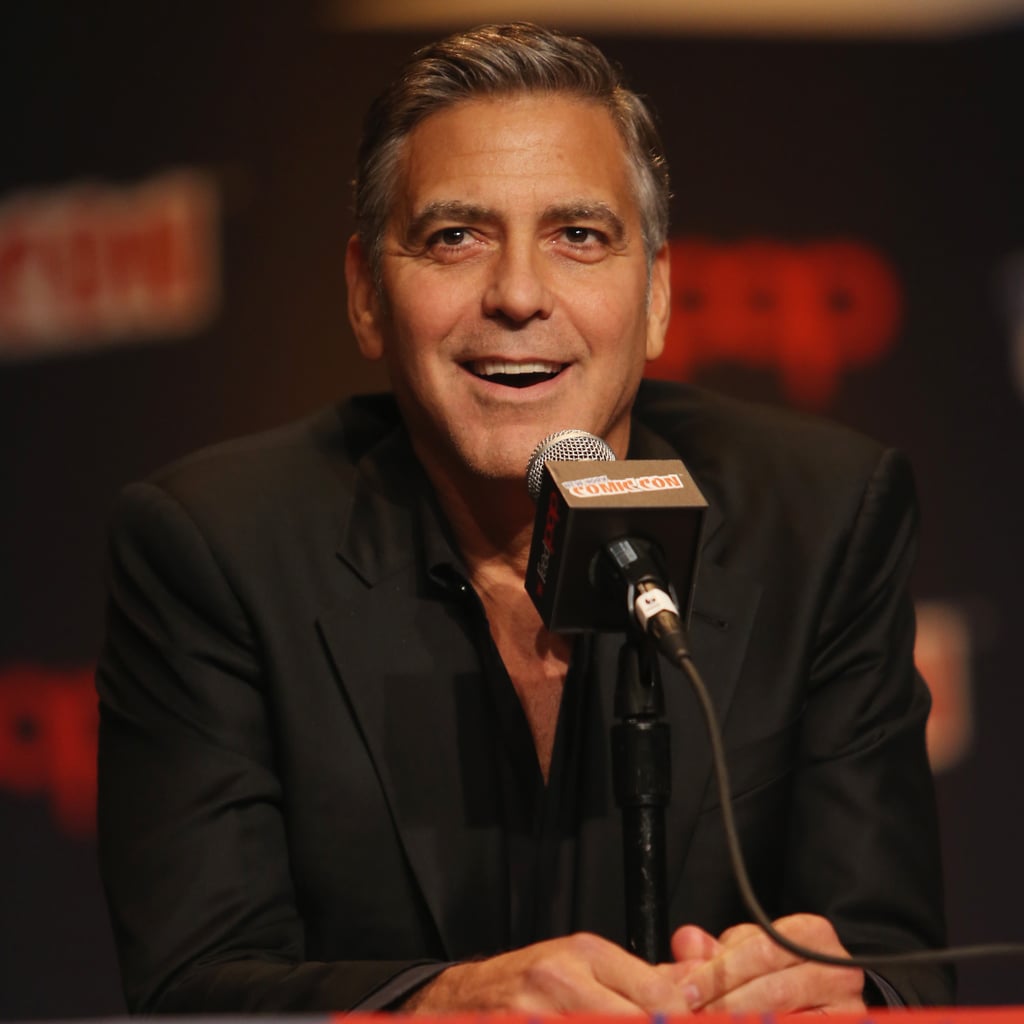 In the wake of his marriage to Amal Alamuddin, you'd think George Clooney escaped on a month-long honeymoon. While a brief honeymoon in the UK did happen, George has already begun to promote his upcoming film, Tomorrowland, which hits theatres next year. The actor crashed Comic-Con in NYC on Thursday, where, according to Us Weekly, he made jokes about his honeymoon, his new wife, and his brief stint as Batman back in the '90s. Keep scrolling to find out everything that happened during George's surprise visit.