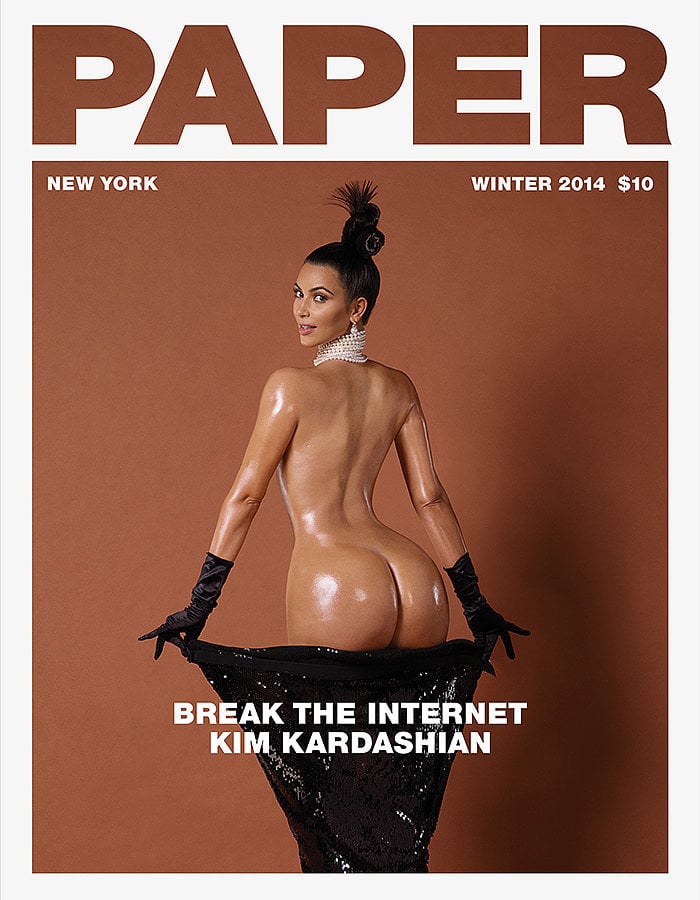 In the aftermath of Kim Kardashian's sexy Paper magazine photo shoot, public reactions have ranged from angry to disapproving to downright hilarious; loads of people, famous or not, have shared memes mocking the scandalous shots, and Glee star Naya Rivera even posted a comment on Kim's Instagram snap that called her parenting into question, saying, "You're someone's mother." Many people may be wondering just why Kim would agree to pose completely nude for Paper, but it's not like she's a stranger to baring it all for magazines — she's posed for Playboy, W, and, most recently, British GQ — and according to Paper's editorial director Mickey Boardman, getting naked for the shoot was "all Kim's idea," adding, "We hadn't planned for her to take her clothes off. She wanted to and it kind of fit."

Since there have been so many questions, complaints, and concerns about Kim's attempt to "break the Internet," we've gathered a few of the most important details, from how the whole thing came about to the original inspiration and racial undertones of the images. Here are some details about the Paper shoot that you may not have known:

Whether Kim set out to cause a racial debate, continue her reign as one of the world's most talked-about women, or just show off her famous frame, her Paper shoot is, indeed, breaking the Internet.