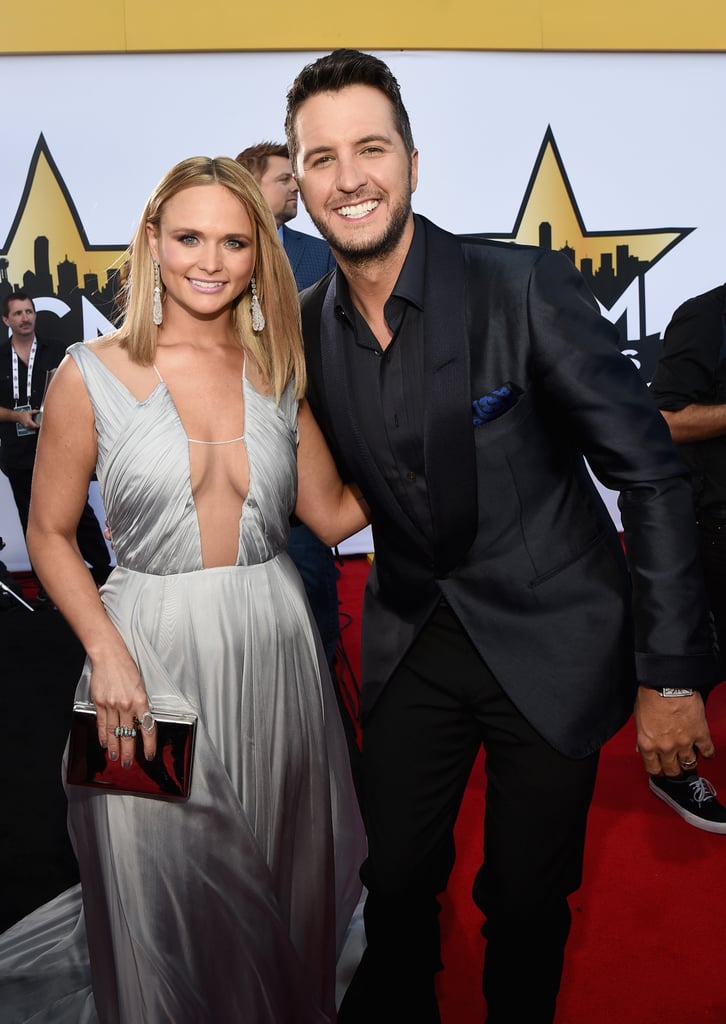 The Academy of Country Music Awards took over AT&T Stadium in Arlington, TX, on Sunday night, bringing with it a whole host of stars. Hosts Blake Shelton and Luke Bryan kept the show rolling, while Miranda Lambert met up with Sofia Vergara and Reese Witherspoon backstage. Jason Aldean and his new wife, Brittany Kerr, walked the carpet together, as did Garth Brooks and Trisha Yearwood, Nick Jonas and Olivia Culpo, and Jamie Lynn Spears and Jamie Watson. There was even more star power there with favourite groups like Little Big Town, Lady Antebellum, and The Band Perry arriving in bunches. Taylor Swift was honoured with one of the 50th anniversary milestone awards, and she had her mum, Andrea, who was recently diagnosed with cancer, join her on stage to accept the statue. Check back later for more from the exciting ACM Awards!