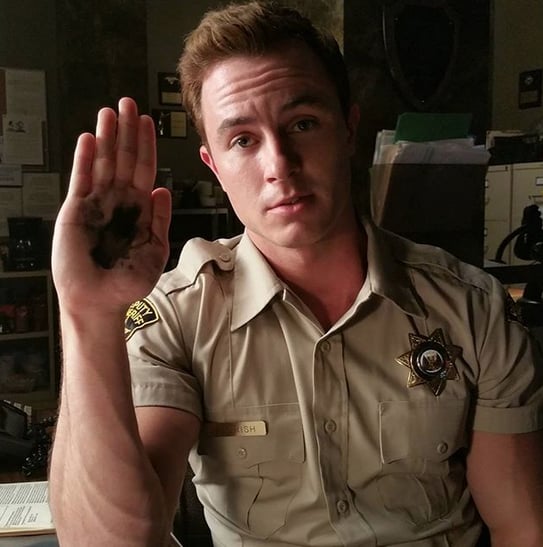 And He Shares Plenty of Behind-the-Scenes Pictures

Teen Wolf's Ryan Kelley has one seriously entertaining Instagram account. Fans of the show know him as Deputy Jordan Parrish, but Ryan has been in the Hollywood spotlight for years. In the early 2000s, the 28-year-old actor appeared on Smallville and in movies like Mean Creek, later starring in Prayers For Bobby and Ben10: Alien Swarm. Nowadays, he's winning over fans with his role on MTV's Teen Wolf — and with his funny, charming social media posts. Keep reading to see some of Ryan's best snaps and find out why he should be on your radar, then check out pictures of the Teen Wolf cast that'll give you pack envy.