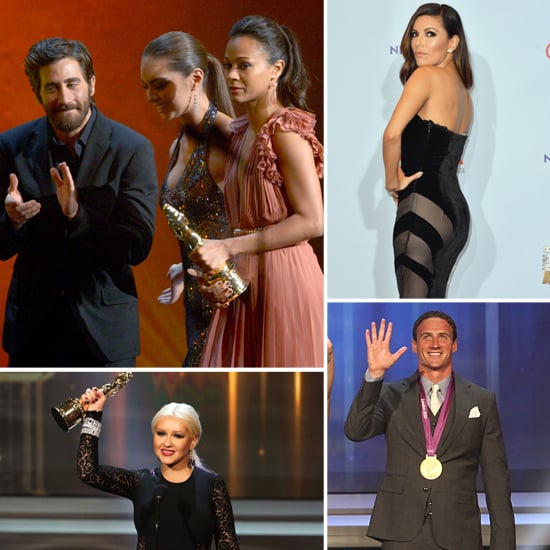 Cohosts Eva Longoria and George Lopez presided over the ALMA Awards last night in LA. It was their third time emceeing the event together, and they ran a tight ship, considering that Eva, who was also a producer, had 11 outfit changes. After the ladies showed off their style on the ALMA Awards red carpet, the fun began on stage inside the Pasadena Civic Auditorium as honors were passed out to Latino entertainers. Honors went to a Michael Kors-clad Christina Aguilera, the special achievement winner thanks to her philanthropic work, as well as favorite actress in a drama, Colombiana's Zoe Saldana, and favorite movie actor Diego Boneta, from Rock of Ages. Further statues were distributed to Naya Rivera, Rico Rodriguez, and Ryan Lochte, whose mother is Cuban.