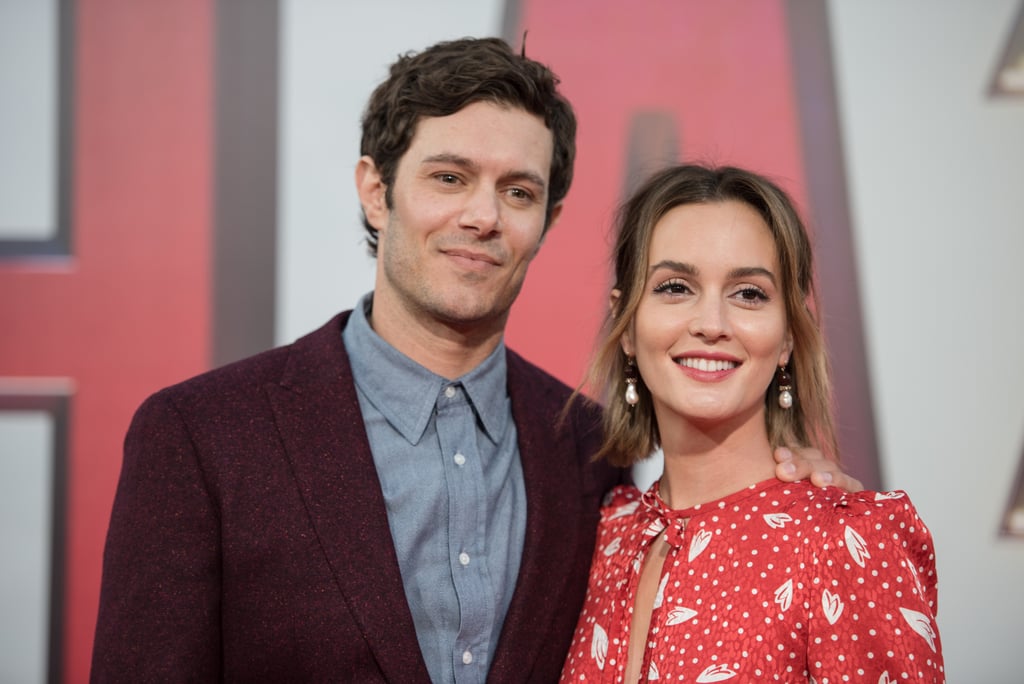 It was a date night for Leighton Meester and Adam Brody as they attended the premiere of Shazam! in LA on Thursday. The notoriously private couple was all smiles as they cuddled up and walked the red carpet together. Adam, who stars in the upcoming superhero comedy, looked dapper in a maroon suit, while Leighton stunned in a long-sleeved red dress and black heels.

The appearance marked their first red carpet together in almost two years when they attended the 2017 InStyle and Warner Bros. Golden Globes afterparty. The former Gossip Girl and The O.C. stars got married (and made our teen-drama dreams come true) in February 2014 and eventually became parents to a baby girl named Arlo in August 2015. Though the pair usually stays out of the spotlight, we love getting little glimpses of their relationship. See their latest outing ahead!