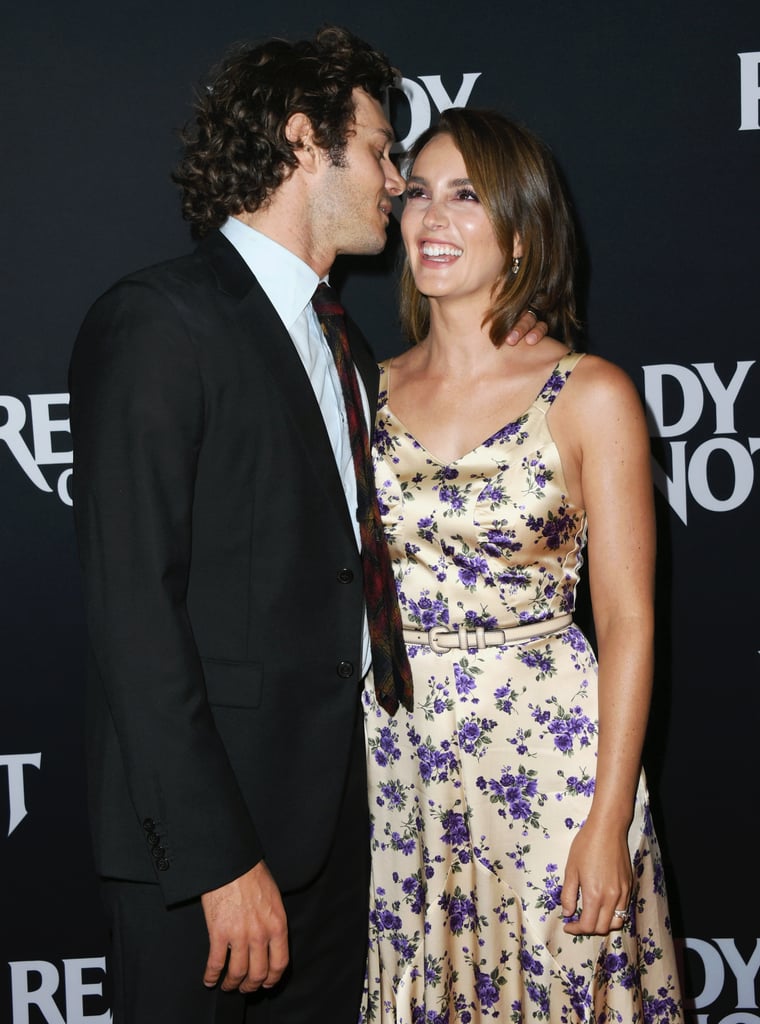 Adam Brody and Leighton Meester shared a cute little secret as they attended his Ready or Not premiere in LA on Monday. The notoriously private couple and parents to 4-year-old daughter Arlo were all kinds of adorable as they walked the red carpet together and flashed a few smiles for the cameras. At one point, Adam even whispered into his wife's ear, causing Leighton to bust out laughing. Seriously, what were they talking about?

Their cute appearance comes after Adam's run-in with his former costar Rachel Bilson, which prompted many fans to ask for an O.C. reboot. While it's unlikely Adam will be returning to Orange County anytime soon, there is a chance we'll see Leighton back on the Upper East Side. Gossip Girl is getting rebooted for the streaming service HBO Max, and executive producer Josh Schwartz confirmed that everyone from the original cast has been asked to return. In the meantime, we'll just appreciate that Seth Cohen and Blair Waldorf ended up together in real life!