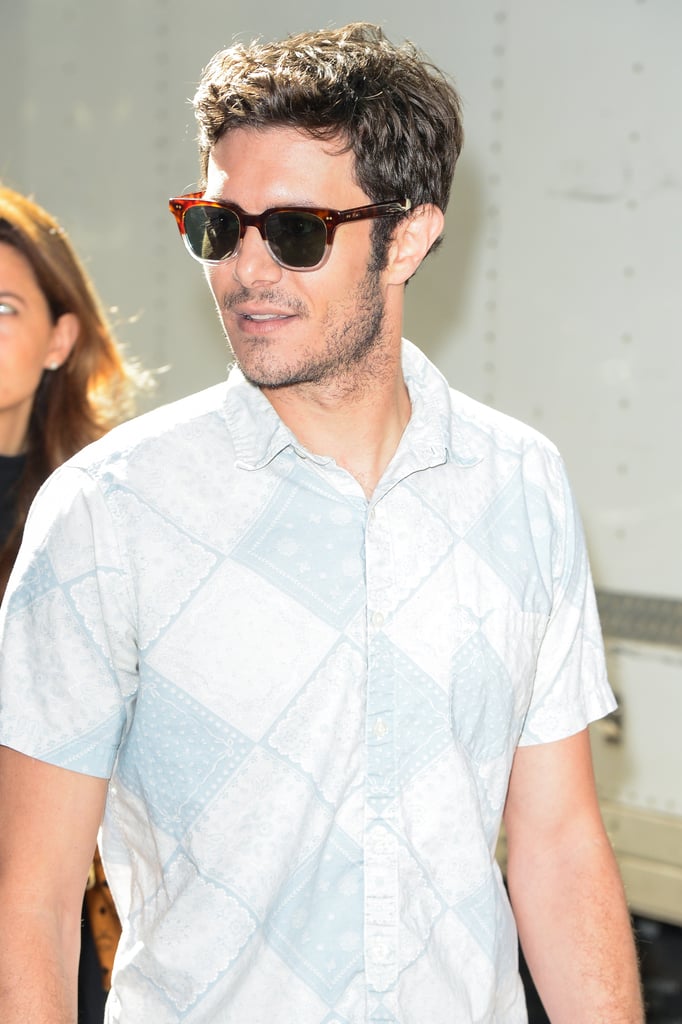 Just a few short days after making a very rare, very adorable public appearance with his wife, Leighton Meester, Adam Brody is at it again in New York City. The actor was spotted looking good enough to eat on two separate outings on Tuesday, first leaving the Today show, then stopping by The Late Show With Stephen Colbert. The dad of daughter Arlo is busy making the TV rounds to promote his new movie, StartUp. Between his very Seth Cohen-esque smile and those sexy shades, we're almost as overheated as The O.C.