Adam Levine will reportedly marry Behati Prinsloo on Saturday, July 19, but that doesn't mean we can't enjoy his last few hours of bachelorhood by checking out his fit frame. Whether he's crooning on stage, spinning in a red chair on The Voice, or showing off his shirtless — or even suited-up — body, he always look good. To celebrate his big day, we've gathered up the most scorchingly hot photos of the Maroon 5 frontman. Let's get right into it.

Let's take a moment and be thankful that this man exists. 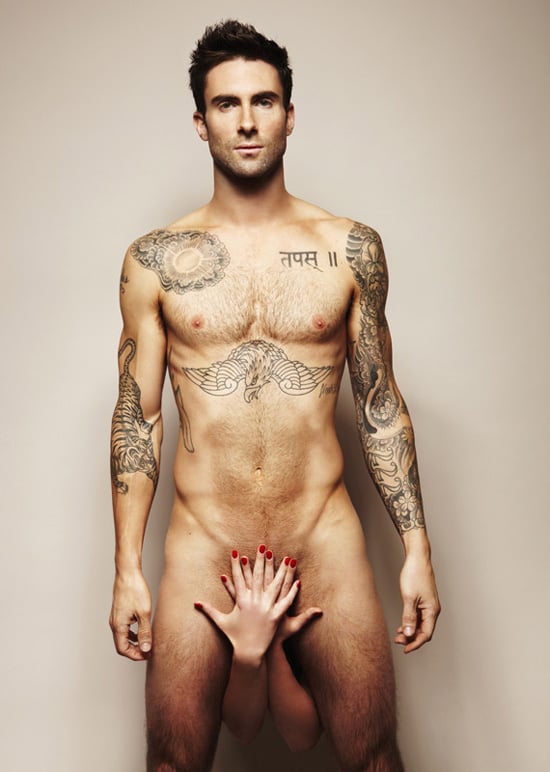 He doesn't have to be naked to look hot, either.

He looks incredible covered up in a suit and tie. 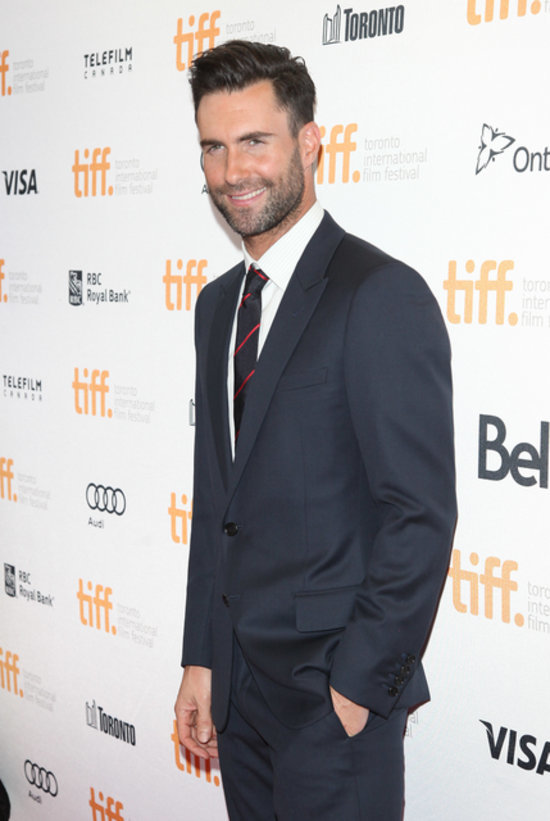 Or even just a tie and white shirt with no jacket. 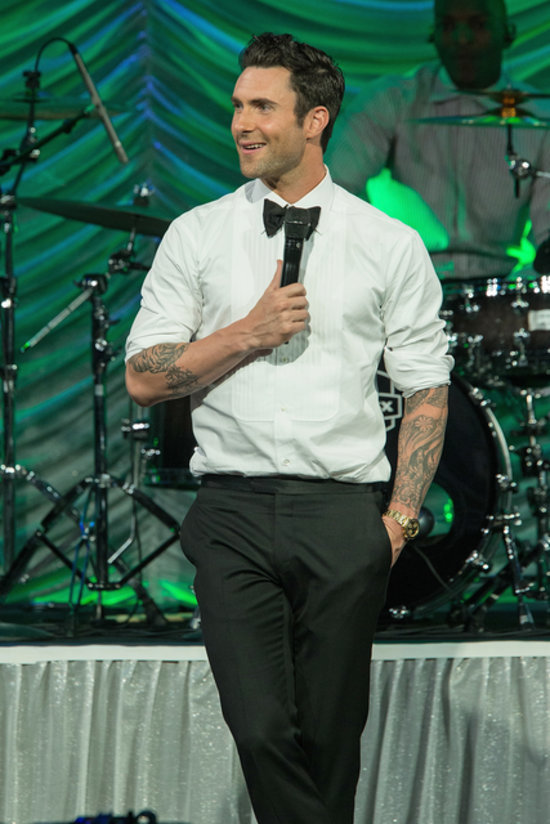 But it doesn't hurt when he strips down. 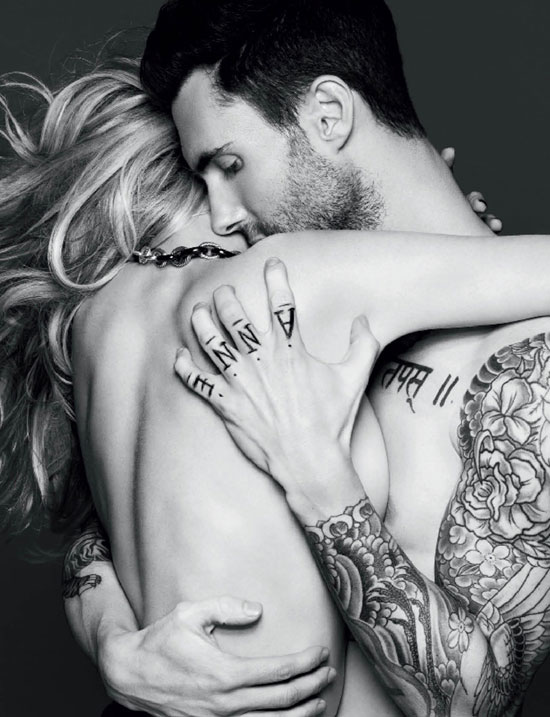 Those tattoos are totally sexy. 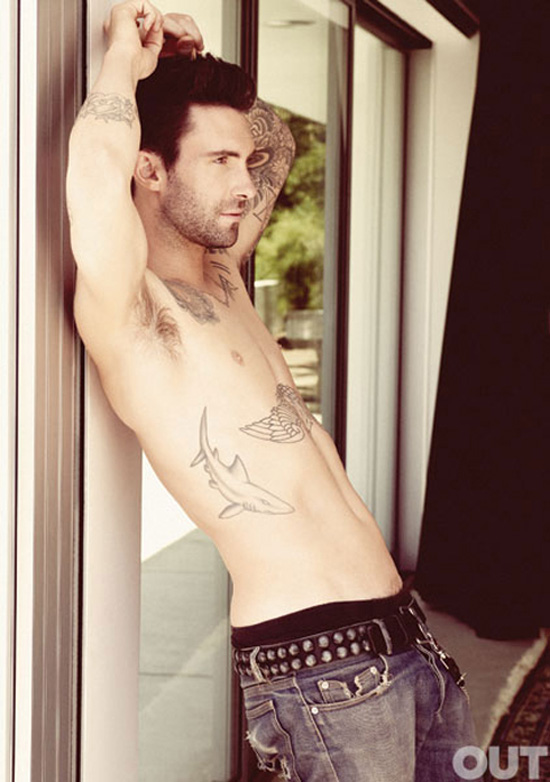 The way he looks while singing doesn't hurt, either. 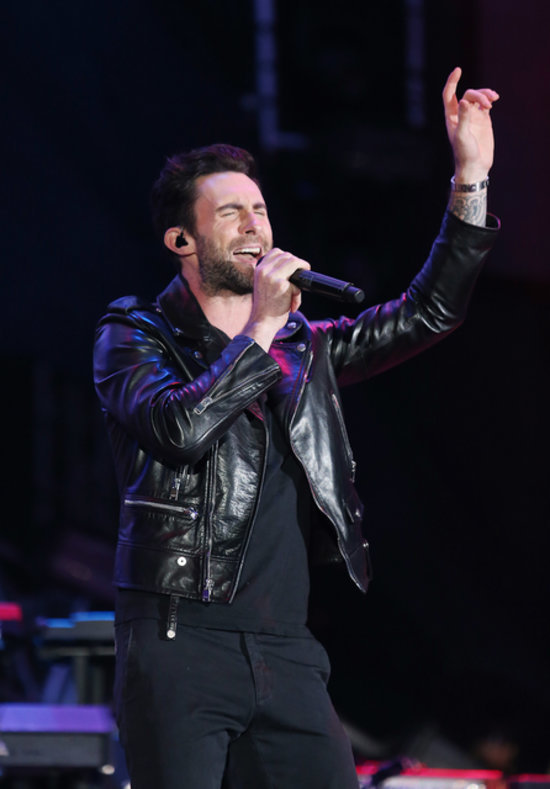 Plus, Adam isn't afraid to rock a pair of tighty-blackies. 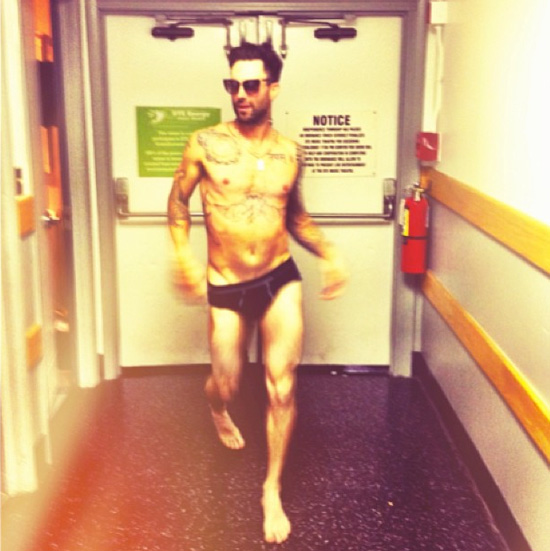 His body has been chiseled by years of yoga. 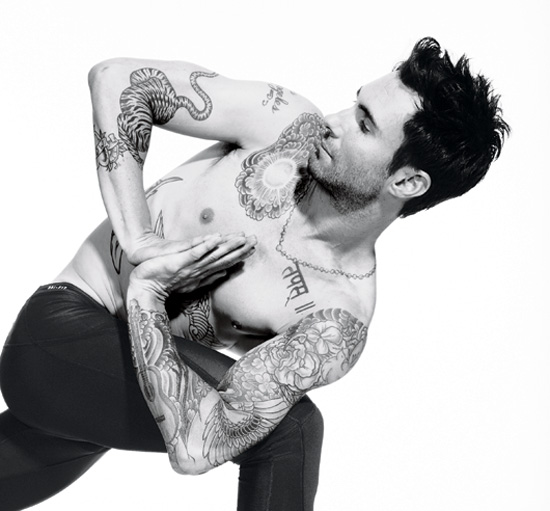 We'll leave you with Adam staring straight into your soul. 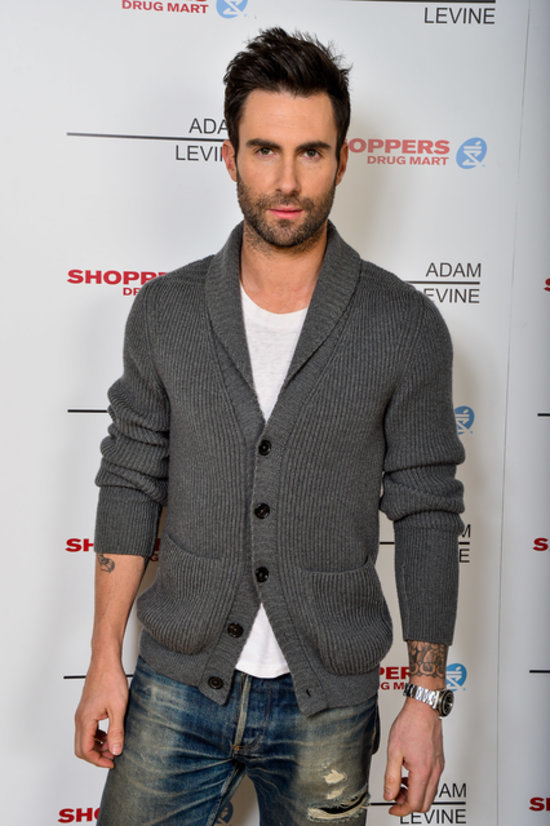