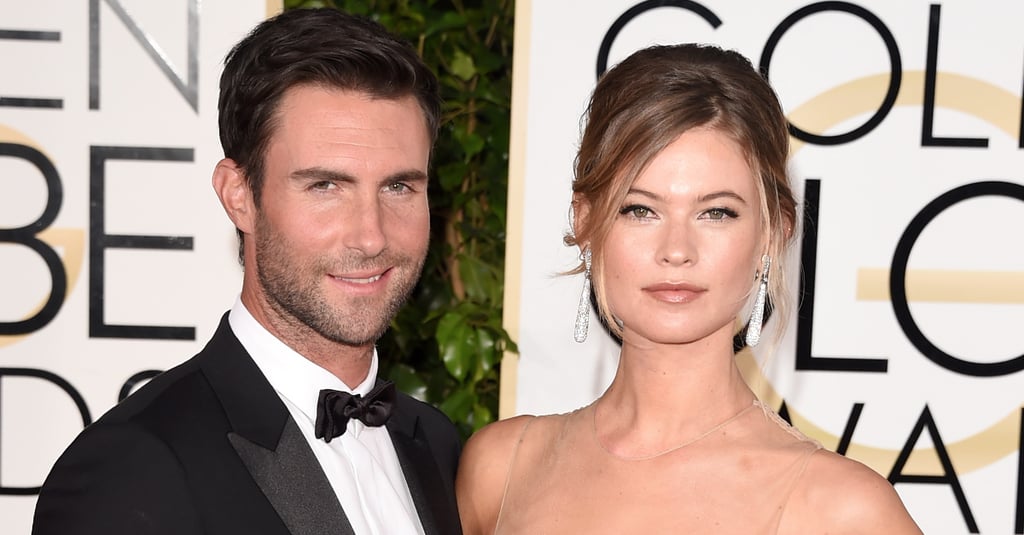 Adam Levine and his wife, Behati Prinsloo, are expecting their first child, Us Weekly is reporting! Sources tell the magazine that the model is around three to four months along and that Adam is "over the moon." Earlier in the week, Behati gave a glimpse of her growing bump while attending a Victoria's Secret swimwear event in LA.

The Maroon 5 frontman and the Victoria's Secret Angel, who first got together back in 2012, tied the knot in July 2014 in a star-studded ceremony in Los Cabos, Mexico, and have shared many adorable moments together since. Adam has also been open about his desire to start a family, telling Ryan Seacrest in 2014: "I want to have 100 kids. I want to have more kids than would be socially responsible." Congratulations to the happy couple!