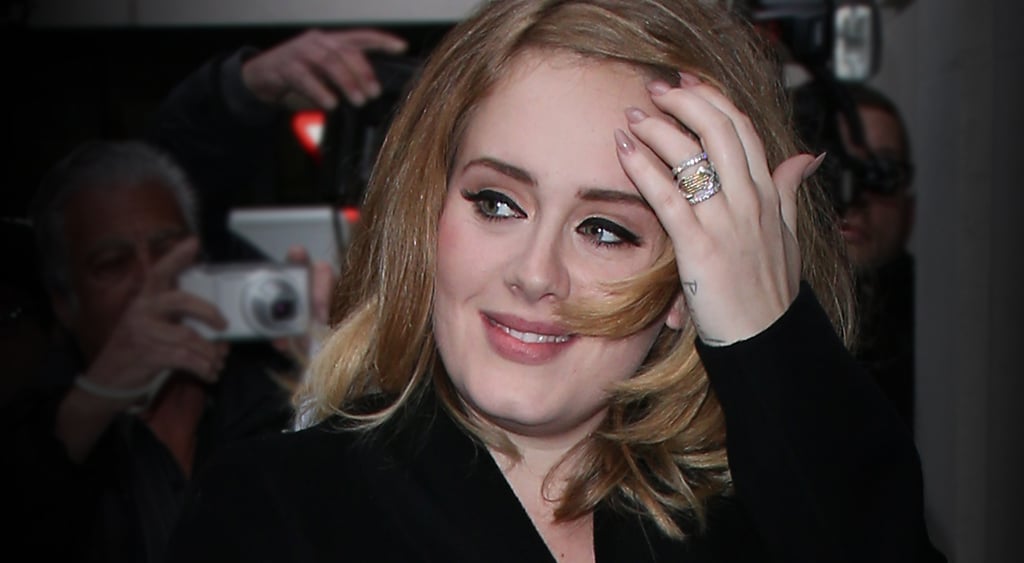 Adele continued her worldwide takeover on Wednesday when she stopped by the Today show in NYC. In addition to blowing us away with another performance — this time a rendition of "Million Years Ago" — Adele also gave a brief interview to talk about a couple of major themes. After mentioning her 3-year-old son, Angelo, in her interview with Rolling Stone, Adele talked about him again and why he's so important to her. Plus, she addressed the sadness commonly associated with her music and pretty much turned it on its head. Read the quotes below, then get better acquainted with Adele by learning a few little-known facts.