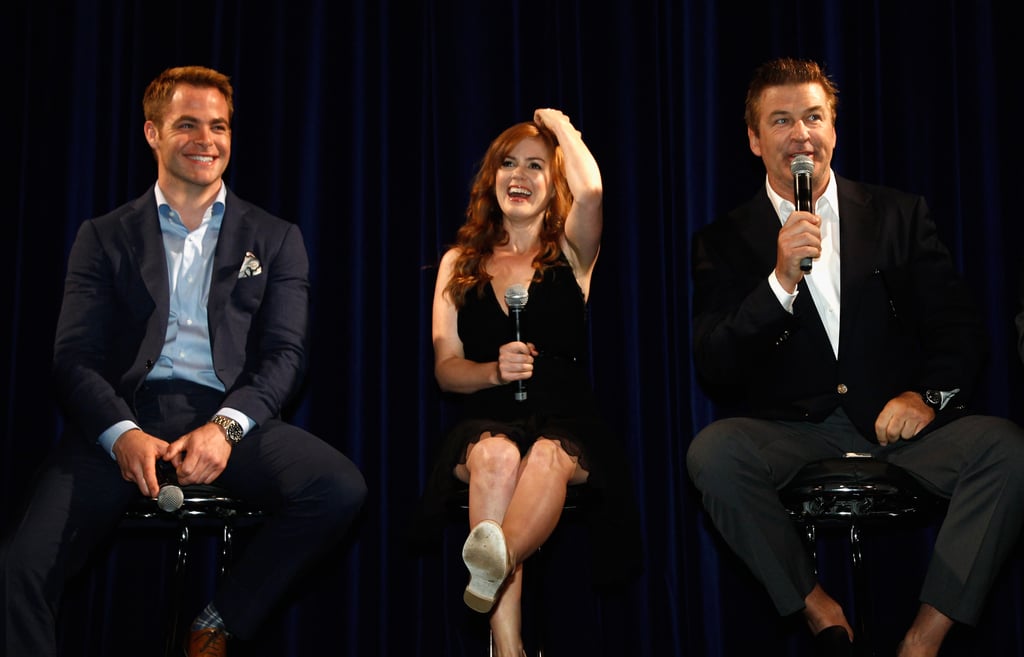 Dreamworks' next animated project, Rise of the Guardians, hits theaters this holiday season, but the film's starring voices Isla Fisher, Alec Baldwin, and Chris Pine were happy to talk about the film during a Q&A session with press in Cannes today. The trio are just a few of the stars in the ensemble cast, along with Hugh Jackman and Jude Law. The movie chronicles the so-called guardians — Santa Claus, the Easter Bunny, the Tooth Fairy, and more — in their fight to save the children of the world from an evil spirit, voiced by Jude. Guardians will likely be a project Isla can share with her daughters, Olive and Elula.

Alec is in France with fiancée Hilaria Thomas, and he's actually doing double-duty. In addition to press for Guardians, Alec is filming the documentary Seduced and Abandoned. He and writer-director James Toback are capturing the process involved in raising funds and selling an idea at Cannes. It seems Alec's turning his attention to film with news that 30 Rock will air its final episode next Fall in an abbreviated 13-episode season.