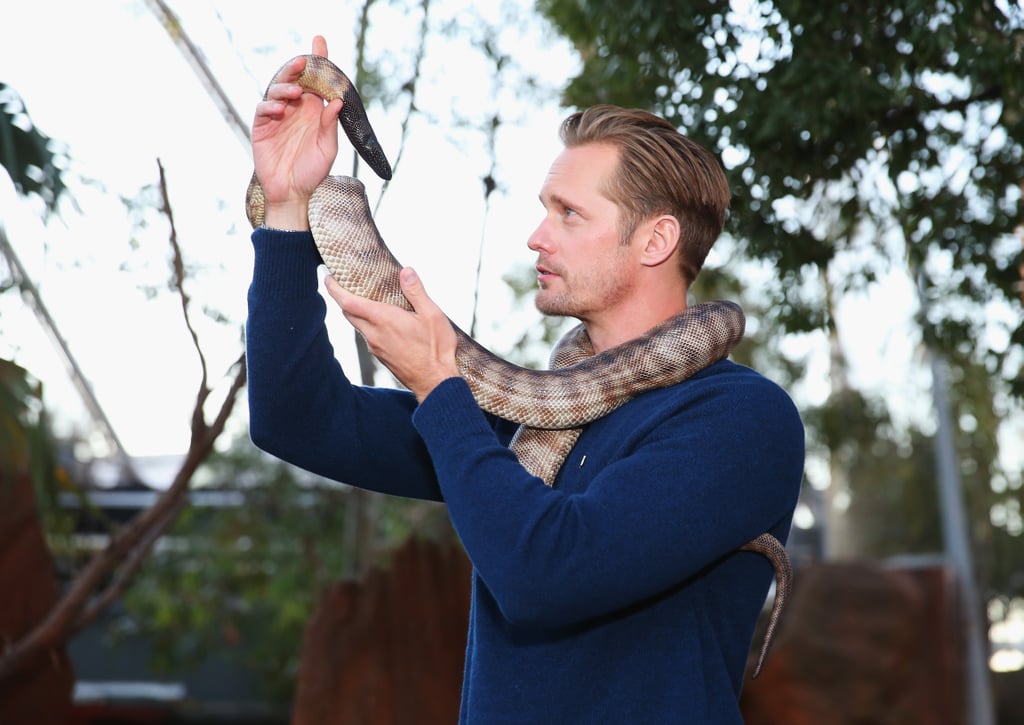 With just a few weeks until the release of The Legend of Tarzan, it seems like Alexander Skarsgard is really getting into character. On Tuesday, the actor attended a photocall for the film at the Sydney Zoo in Australia, where he spent quality time with a snake, wallabies, and even an echidna. We've been anticipating the film's release for quite some time — especially with that heart-pounding new trailer that features quite a lot of abs. When you take that in consideration with the fact that Alexander showed up pantless to the MTV Movie Awards in April, it's clear we've seen quite a bit of the actor so far this year. And now, we're seeing his softer side . . . if you catch our drift.