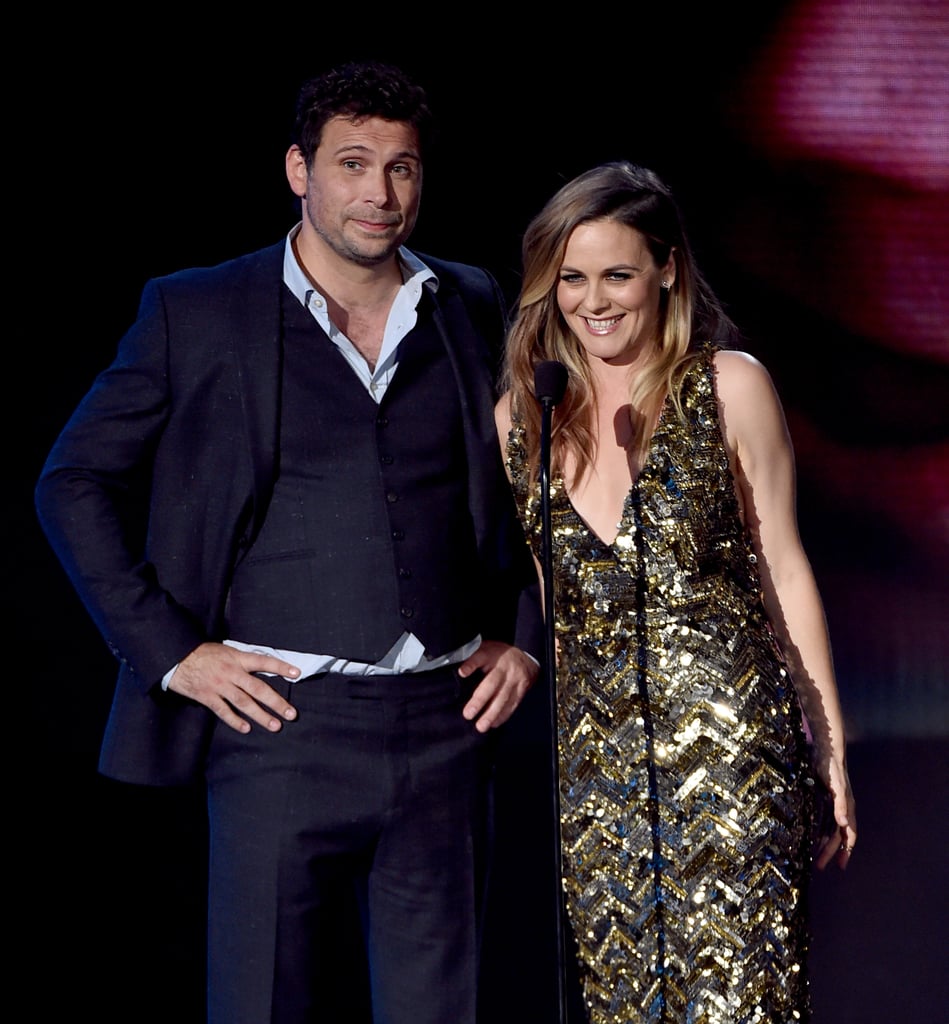 Alicia Silverstone made an appearance at the American Music Awards in LA on Sunday. The actress, who won our hearts and closets as the star of Clueless back in 1995, looked amazing in a low-cut, sequined gold gown on the red carpet — definitely something an adult Cher Horowitz would wear. Alicia also presented an award during the ceremony and was joined by none other than her former Clueless costar Jeremy Sisto (aka Elton) in celebration of the movie's 20th anniversary. Keep reading to see photos from Alicia's night at the AMAs, then look back on the most unforgettable Clueless quotes.