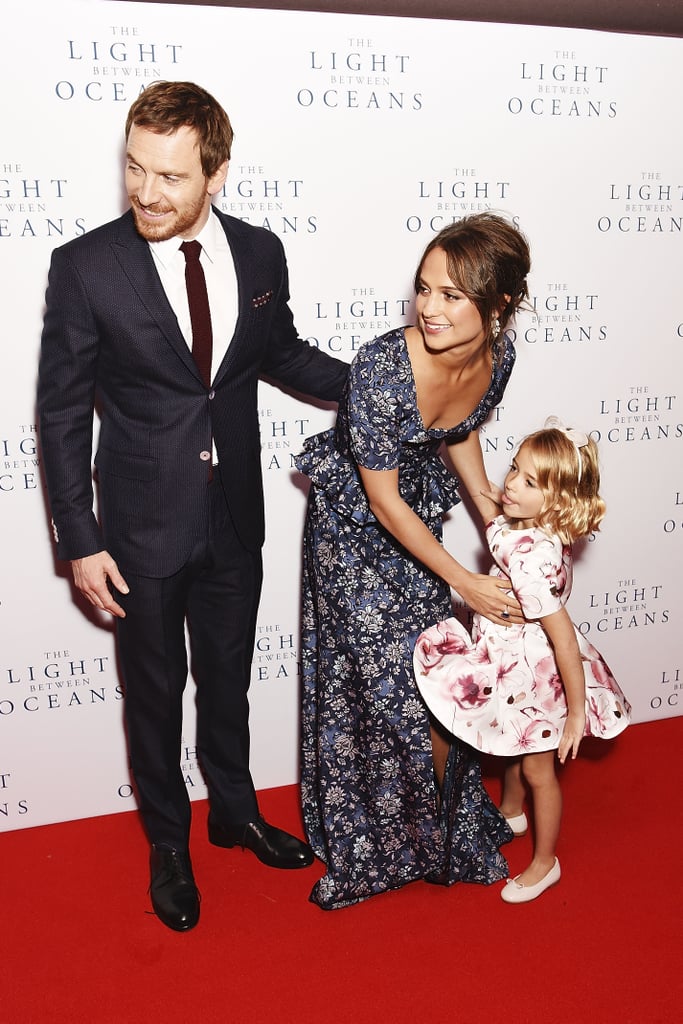 After making their red carpet debut as a couple at the Venice Film Festival last month, Michael Fassbender and Alicia Vikander continued their press tour for The Light Between Oceans at the film's UK premiere on Wednesday. While the couple showed slight (but sweet) displays of affection, it was ultimately their onscreen daughter Florence Clery who ended up stealing the show with her cute antics. In addition to making her red carpet debut, the pint-size actress — who was joined by her parents Ed and Kate Clery — melted hearts as she showed Michael her missing tooth and posed with director Derek Cianfrance and producer David Heyman. In the movie, Alicia and Michael play a couple whose life gets turned upside down after they meet the mother of the baby they raised and cared for as their own. Have you seen the movie yet?