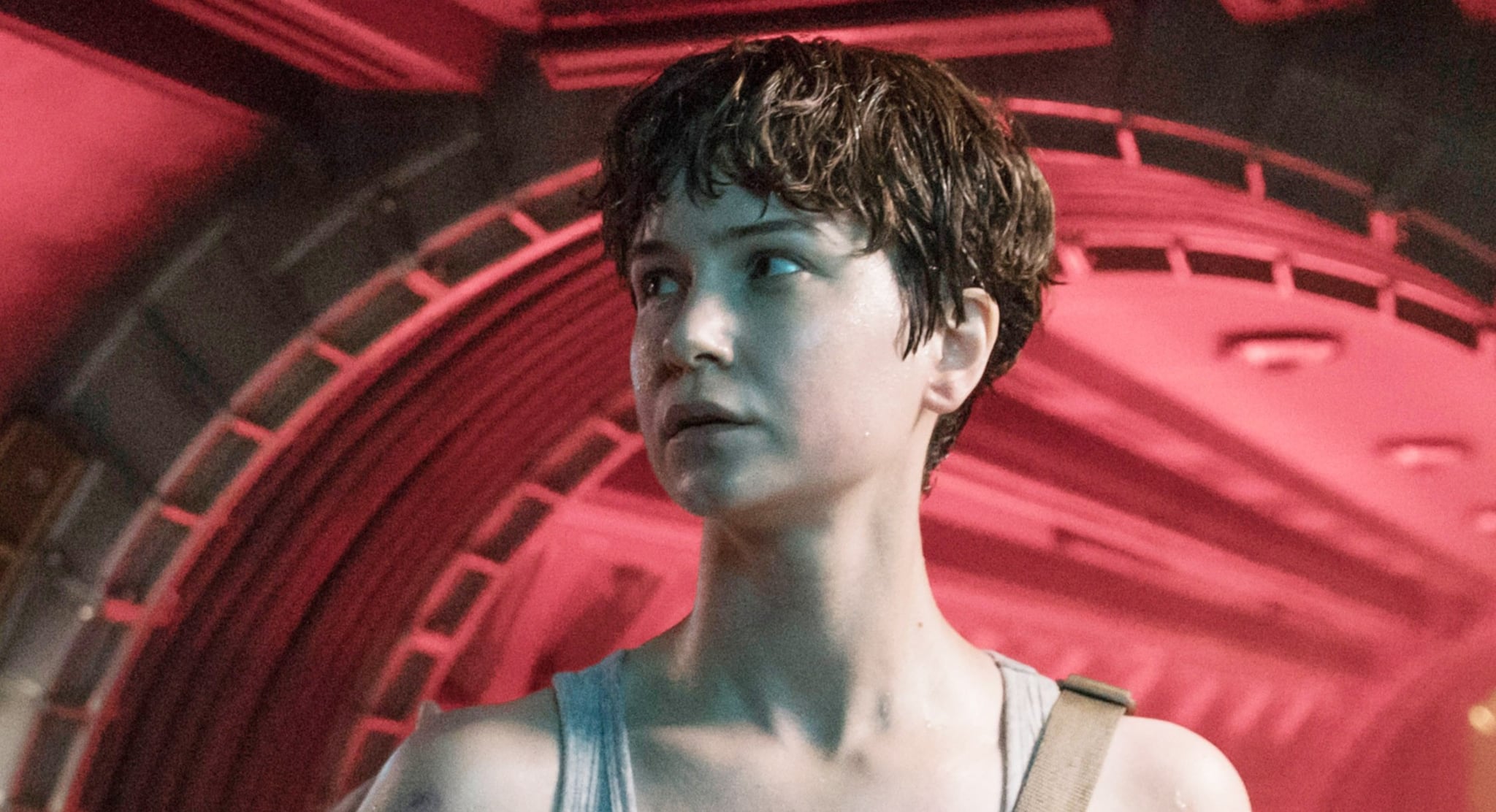 Even from the first trailer of Alien: Covenant, we knew things were going to get bloody. Between that, the R rating, and all those grisly plot details, it seemed like the latest addition to the Alien legacy might just outdo the others. Having seen the film, allow me to assure you that it's stressful, gory, and worthy of a watch. And as for the alien Xenomorphs themselves, they seem craftier, faster, and more savage than ever. Wondering how everything tumbles together in the thrilling and kind of bleak conclusion? If you're too scared but morbidly curious, or if you just can't wait to see the film in cinemas, we're breaking down all the highlights of that wild ending.

Just to add a little perspective, we start this film with a 15-person crew. The spaceship called the Covenant is on a colonising mission. They're heading to a distant planet with thousands of hibernating humans in an attempt to start a new civilisation. By the end, only two survive. The vast majority of the crew gets wiped out in the first 30 or so minutes, after landing on a nearby planet and encountering the infamous Xenomorph spores. Two of the members get infected (and have aliens ripping out of them from the inside within minutes). Then another half dozen or so die after these two little aliens wreak havoc, causing multiple deaths and the explosion of the little explorer ship that brought them down to the surface. By the end of this devastating sequence, about six crew members are stranded on the planet. Among them are Oram (Billy Crudup), Daniels (Katherine Waterston), and Walter (Michael Fassbender), and three are up in the main ship.

Here's where the turn happens: the stranded crew runs into David (aka a second Michael Fassbender). David is the android we first meet in Prometheus. We quickly learn that David has no intention of helping the crew survive. In fact, he's been trying to breed his own small army of Xenomorphs, and he intends to use the crew members as "incubators" to bring them to life. There's a fun sequence where Billy Crudup gets the ol' Facehugger treatment, and then, just like the original, the alien bursts out of his chest. Another crew member gets completely beheaded, and yet another just gets straight up torn to pieces. The crew in the main ship eventually finds a way to retrieve the ground crew, but at that point, it's only Daniels, Walter, David, and the now-infected Lope (Demián Bichir). 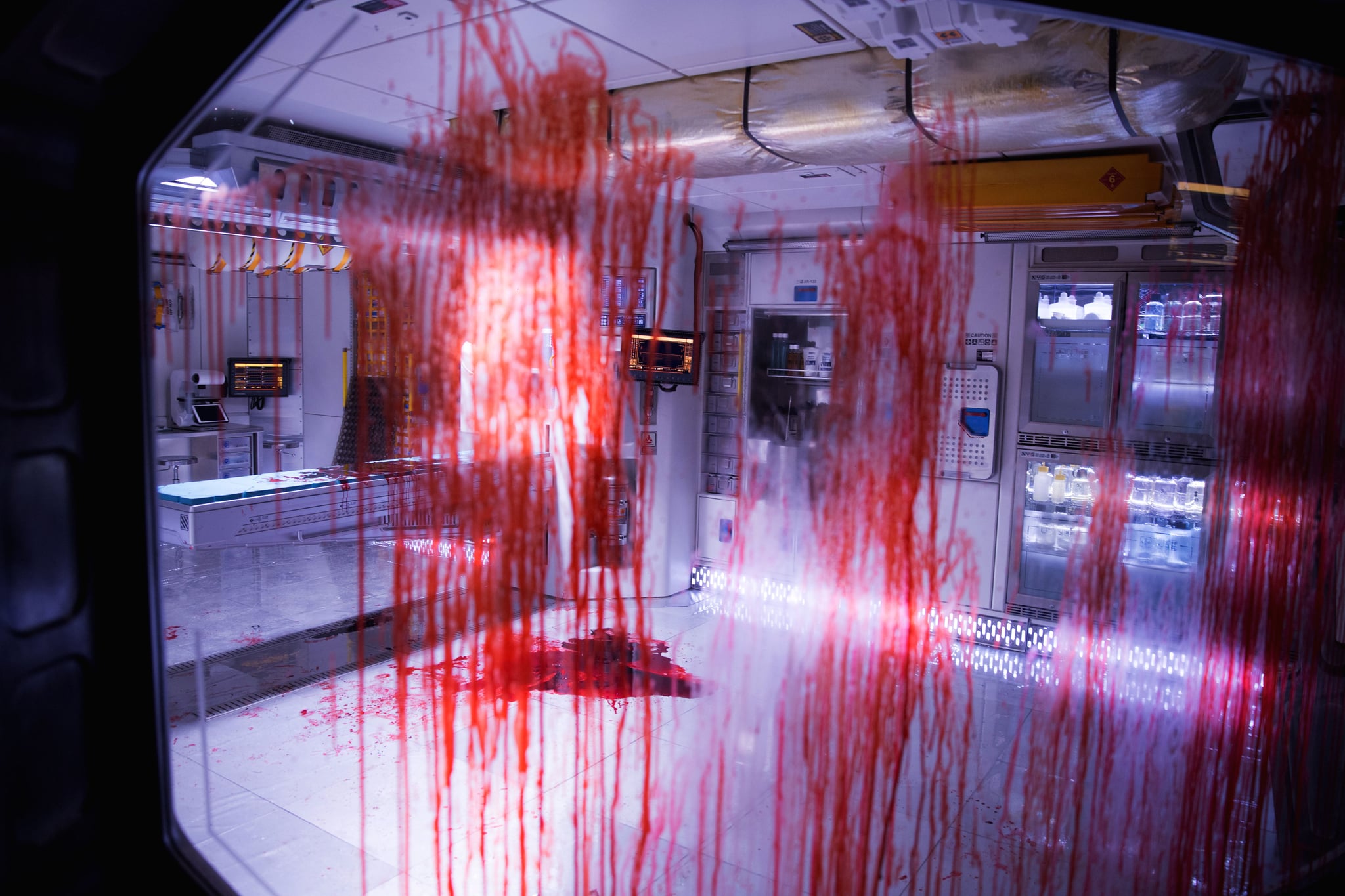 Walter and David get into a crazy android fight, and only one of them, presumably Walter, makes it out alive. The remaining three get rescued by Tennessee (Danny McBride) in a cargo ship, and Daniels manages to crush the Billy Crudup Xenomorph in a crane. Once they're back on the ship, you can guess what happens. Another Xenomorph pops out of Lope. This alien kills Upworth and Ricks (Callie Hernandez and Jussie Smollett respectively) while they're having hot shower sex. Then, Daniels and Tennessee work together with Walter to launch it out into space for good. It's interesting to note that, while Daniels seems to embody Sigourney Weaver's Ripley in a lot of ways, she's not the "final girl." She only pulls off this final showdown with the help of Tennessee and Walter.

After all the business is taken care of, it's time to go back to sleep and wait seven more years until they reach their new home. Walter will take care of the ship in the meantime. Just before Daniels passes out, though, she realises that it's not Walter at all. It's David, who has been posing as Walter since they left the planet. Then, she slips into sleep. So basically, a malicious, human-hating android has seven years to himself on a ship with thousands of humans . . . and he's brought two alien embryos with him. We're not sure exactly what he's up to, but it surely can't be good.

Needless to say, Covenant doesn't connect right up into Alien, but we can see where it's going. This begs the question: will one or two more movies be the missing link to tie everything together?