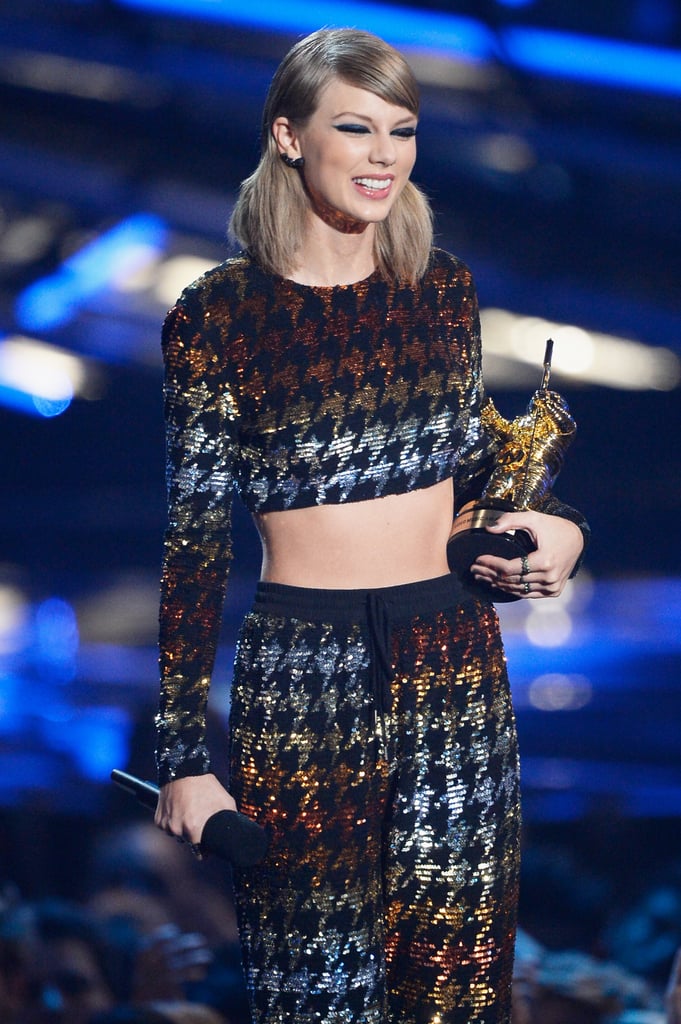 Taylor Swift was all smiles when she hit the red carpet at the MTV Video Music Awards in LA on Sunday, and she had plenty of reasons to keep grinning throughout the night. The singer, who wore a sequined crop top and pants, was surrounded by some of her famous girlfriends on the red carpet, and she posed for pictures with pals who starred in her "Bad Blood" music video.

During the show, Taylor took home multiple awards, including video of the year, best female video, and best pop video. Meanwhile, she also joined Nicki Minaj's opening performance, shared a hilarious moment with Kanye West, and debuted her new music video. Keep reading for all the best pictures of her fun night, then check out Taylor's VMAs evolution.