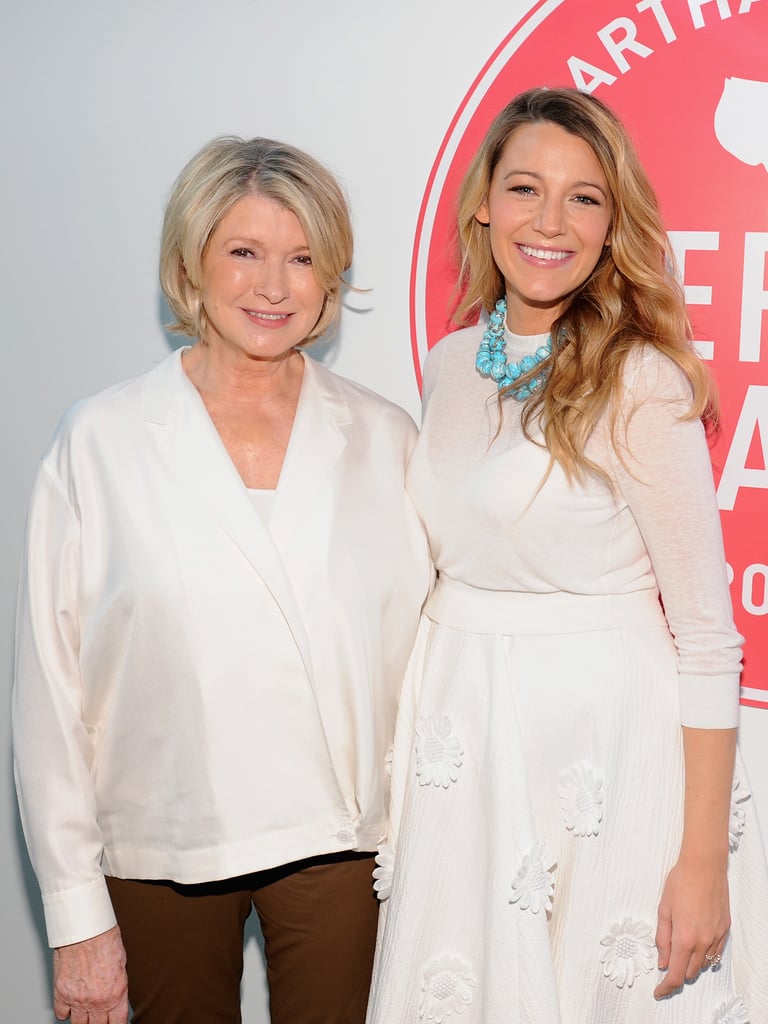 It's All Good: Blake Lively and Her Baby Bump Meet Up With Martha Stewart

Blake Lively covered her growing baby bump in a long-sleeved white dress for an appearance at Martha Stewart's American Made Summit in NYC on Saturday. The annual conference aims to bring together creative entrepreneurs, and Blake was on hand to give a lecture about her lifestyle site, Preserve. The pregnant actress was all smiles while posing for photos with Martha, who she has referred to has one of her idols. Martha even "saved" Blake's 2012 wedding to Ryan Reynolds, as she told Vogue in July, "Our wedding was becoming a disaster, and we didn't know what to do, so we called Martha! She said, 'Don't worry. I'll handle it.' She sent her team down to save us."

Even though rumours of a rift between Blake and Martha swirled back in September, there's clearly no bad blood between the two entrepreneurs: it all started when Martha made a few choice comments to The Huffington Post about Blake after Preserve's launch, saying, "Let her try," and adding, "I mean, it's stupid — she could be an actress! Why would you want to be me if you could be an actress?" She went on to say that Blake and Ryan, who live close to her in Upstate New York, are "very friendly, very nice people." Blake responded to the comments in an interview with E!, saying, "Who doesn't want to be Martha Stewart?" Keep reading for photos of Blake and Martha in NYC.

Celebrity Kids
Jason Derulo and Jena Frumes Are Parents! See the First Photos of Their Baby Boy
by Karenna Meredith 19/5