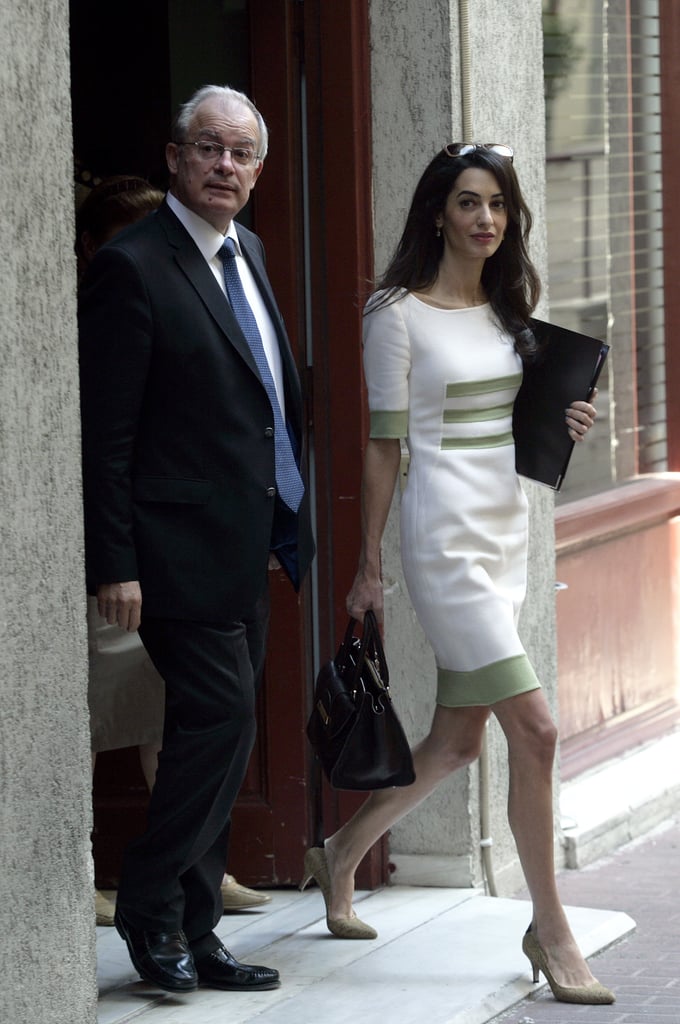 What, you thought Amal Alamuddin was going to go Hollywood after marrying George Clooney? The British human rights lawyer — and new Mrs. Clooney — was back at work this week, traveling to Athens, Greece, to help negotiate the transfer of the Pantheon Marbles from the British Museum back to Greece. Amal was seen attending several meetings on Tuesday and happily chatting with the Greek Minister of Culture Konstantinos Tasoulas. Amal and George got married in a luxurious ceremony in Italy on Sept. 27 and reportedly spent their honeymoon at their new home in England. Of course, George has been busy with work of his own after his wedding, including unveiling the Tomorrowland trailer during a surprise appearance at New York Comic-Con last week.