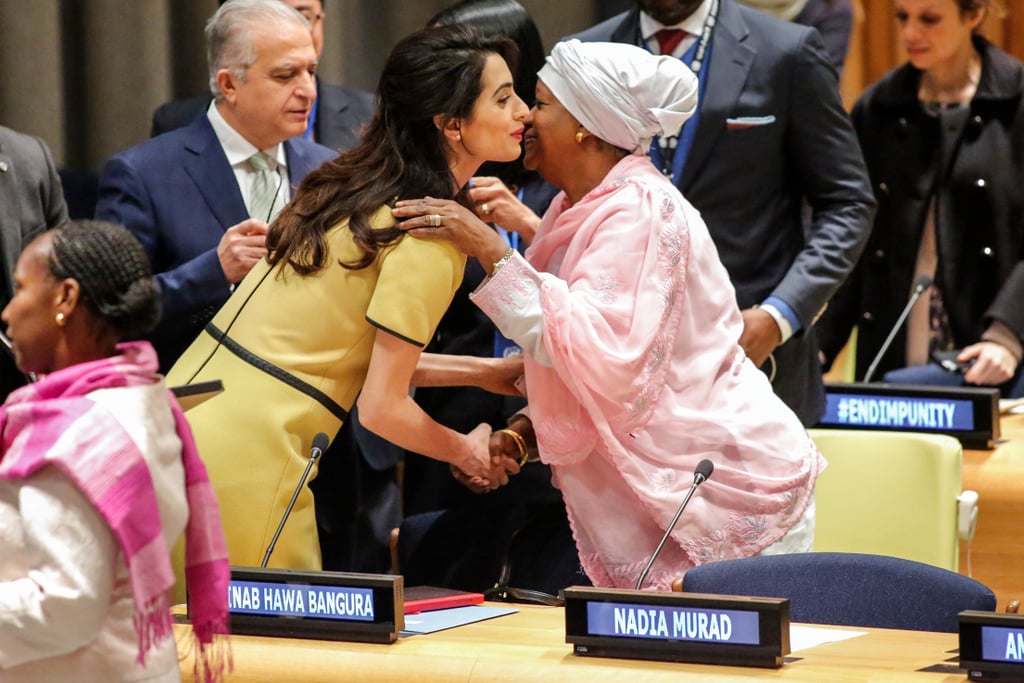 Amal Clooney may have a lot going on in her personal life at the moment (she's expecting twins, a boy and a girl, with husband George Clooney), but she's still very much committed to her work, which includes fighting for the rights of women everywhere. The international human rights lawyer stepped out in New York City on Thursday to attend The Fight Against Impunity for Atrocities: Bringing Da'esh to Justice at the United Nations headquarters. Amal, whose growing baby bump could be seen under her gorgeous yellow dress, spoke on behalf of her client, Nadia Murad, as well as other Yazidi survivors, in her ongoing efforts to stop ISIS.

"Not one ISIS militant has faced trial for international crimes anywhere in the world. . . . Why is it that nothing has been done?" Amal asked. "Somehow we are no closer to justice today than when I addressed you last year. I'm asking you today to stand up for justice. Every conflict reminds us that there can be no lasting peace without justice. Justice is also what the victims want." Amal then asked for a call to action, saying Iraqi Prime Minister Haider al-Abadi should send a letter to the UN Security Council to request an investigation into ISIS's actions. "Don't let this be another Rwanda where you regret doing too little too late," she said. "Don't let ISIS get away with genocide."