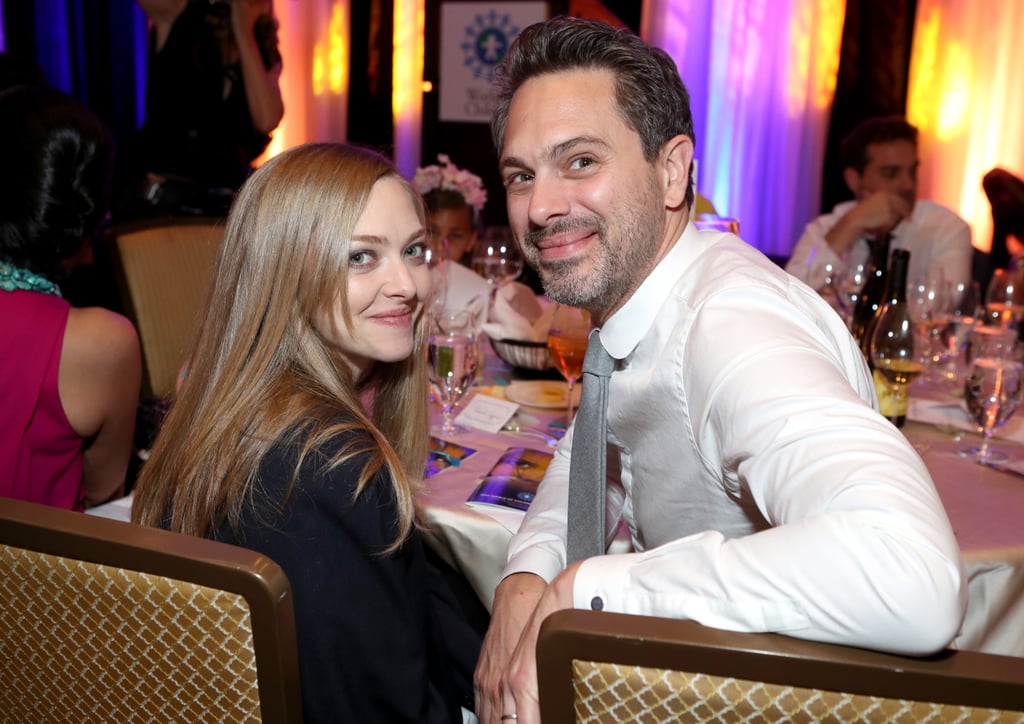 Amanda Seyfried and Thomas Sadoski have been busy lately. After tying the knot in a secret ceremony in mid-March, the newlyweds welcomed their first child, a baby girl, a few weeks later. The two took a break from nappy duty on Wednesday night to make their first red carpet appearance since their daughter arrived, and it was for an incredible cause. They happily posed hand in hand for photographers at the 2017 World of Children Hero Awards in Beverly Hills, CA, and also hopped in an adorable group photo with model Lily Aldridge and some of the event's pint-sized attendees. Amanda first met the actor in 2015 while working on the off-Broadway show The Way We Get By, and relationship rumours started swirling in March 2016 when they were spotted kissing during a lunch date.