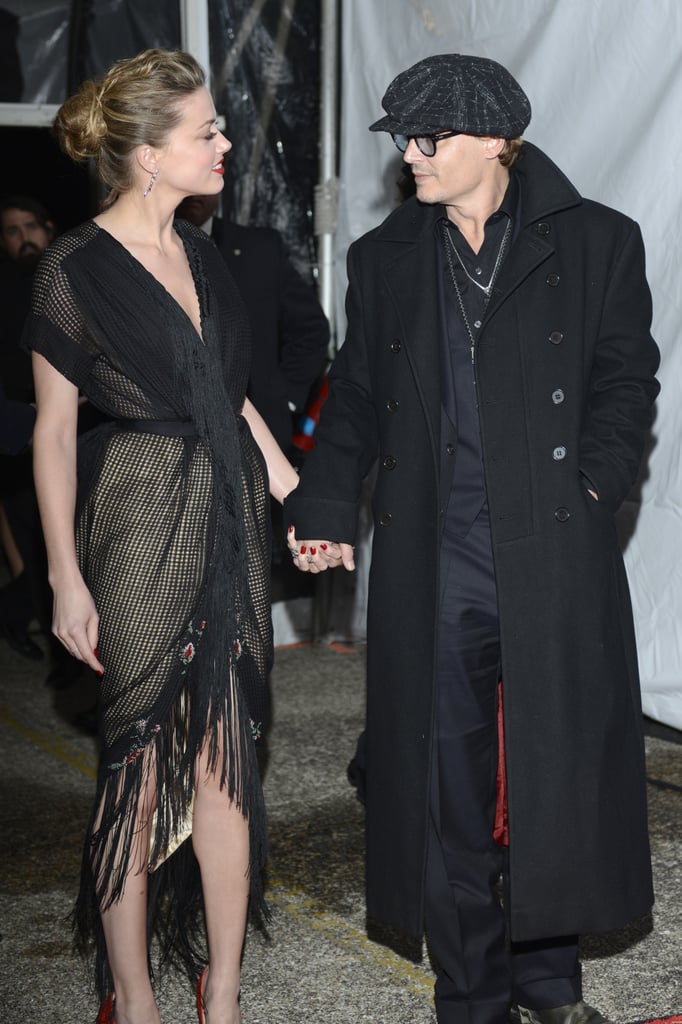 Johnny Depp and Amber Heard hit the red carpet as a couple for the Texas Film Awards in Austin on Thursday. Amber, who was born and raised in Austin, was presented with the rising star statue by producer and Relativity Media CEO Ryan Kavanaugh since Amber starred in Relativity's Paranoia in 2013. Amber said of the honor: "This is where I'm from. I'm humbled and honored to be here tonight." Johnny and Amber are becoming quite the red carpet regulars since they also attended the 3 Days to Kill premiere together last month.

The Film Awards marked the start of the South by Southwest Film Festival, which runs through the middle of the month and will bring out plenty of stars including Kristen Bell, who is set to premiere the Veronica Mars movie, and Zac Efron, who has his Neighbors debut with Seth Rogen.