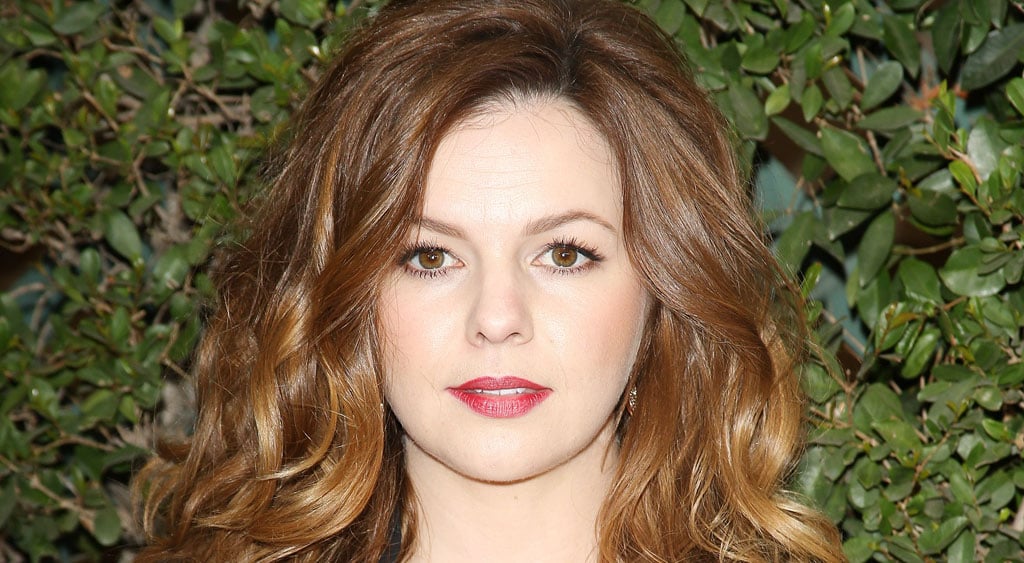 Despite Donald Trump's claims that he's nothing but a "gentleman," a videotape surfaced this weekend showing the presidential candidate telling Billy Bush that women will let you "grab them by the p*ssy" when you're famous. In the wake of his lewd comments, women began sharing their stories of sexual assault on social media, including actress Amber Tamblyn. The 33-year-old Sisterhood of the Travelling Pants star posted a photo of Donald kissing the cheek of a beauty-pageant queen to Instagram on Sunday, along with a beautifully written, heartbreaking essay about her own sexual assault. With the support of her husband, comedian David Cross, Amber opened up to her followers about an experience with an ex-boyfriend, which is nothing short of horrific:

I need to tell you a story. With the love and support of my husband, I've decided to share it publicly.

A very long time ago I ended a long emotionally and physically abusive relationship with a man I had been with for some time. One night I was at a show with a couple girlfriends in Hollywood, listening to a DJ we all loved. I knew there was a chance my ex could show up, but I felt protected with my girls around me. Without going into all the of the details, I will tell you that my ex did show up, and came up to me in the crowd. He's a big guy, taller than me. The minute he saw me, he picked me up with one hand by my hair and with his other hand, he grabbed me under my skirt by my vagina — my p*ssy? — and lifted me up off the floor, literally, and carried me, like something he owned, like a piece of trash, out of the club. His fingers were practically inside of me, his other hand wrapped tightly around my hair. I screamed and kicked and cried. He carried me this way, suspended by his hands, all the way across the room, pushing past people until he got to the front door. My friends ran after him, trying to stop him. We got to the front door and I thank God his brothers were also there and intervened. In the scuffle he grabbed at my clothes, trying to hold onto me, screaming at me, and inadvertently ripped off my grandmother's necklace, which I was wearing. The rest of this night is a blur I do not remember. How I got out to the car. How I got away from him that night. I never returned for my necklace either.

That part of my body, which the current Presidential Nominee of the United States Donald Trump recently described as something he'd like to grab a woman by, was bruised from my ex-boyfriend's violence for at least the next week. I had a hard time wearing jeans. I couldn't sleep without a pillow between my legs to create space.

To this day I remember that moment. I remember the shame. I am afraid my mom will read this post. I'm even more afraid that my father could ever know this story. That it would break his heart. I couldn't take that. But you understand, don't you? I needed to tell a story. Enjoy the debates tonight.