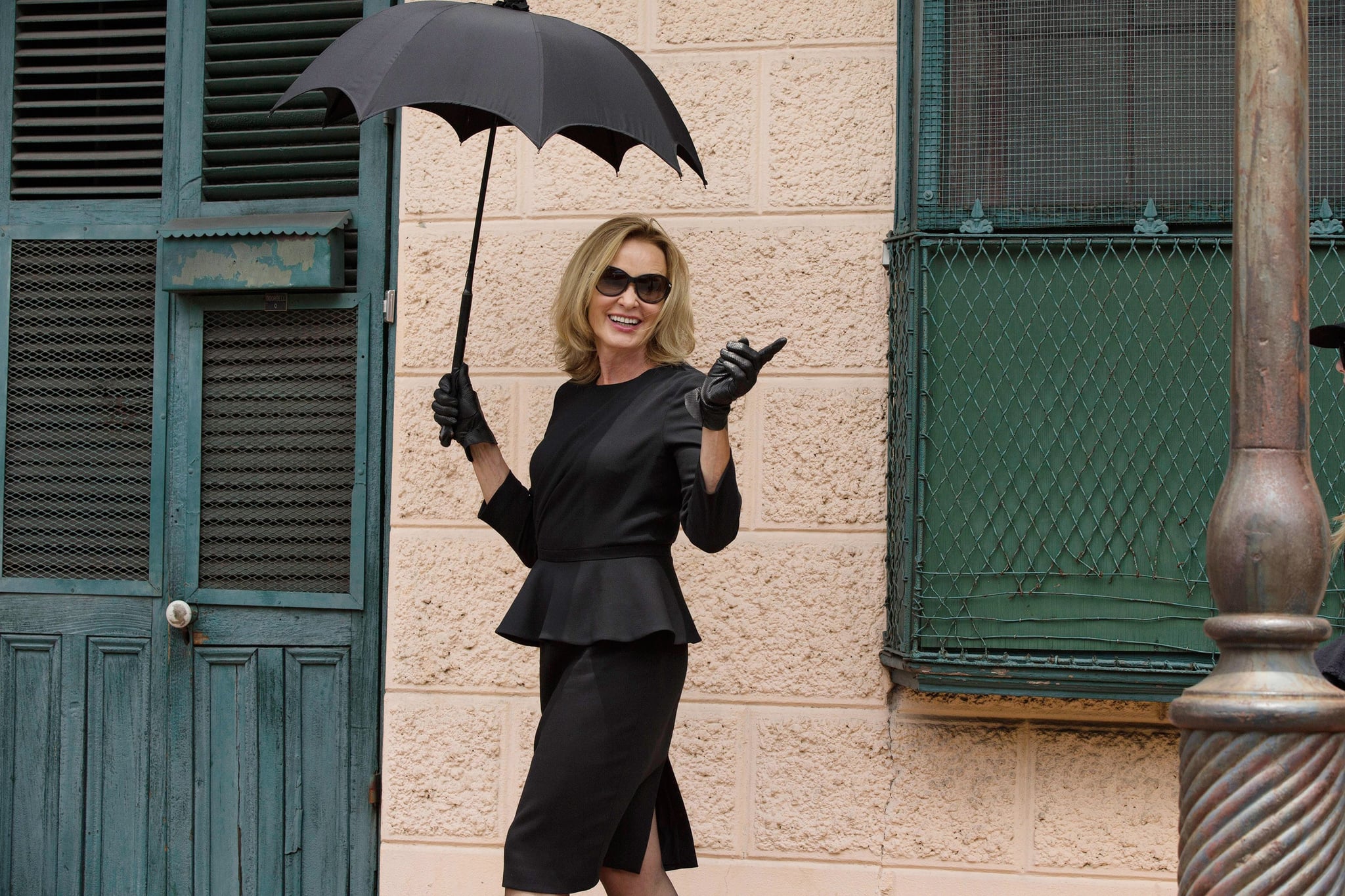 While we're still waiting to hear about season seven of American Horror Story, creator Ryan Murphy is already planning beyond. During Entertainment Weekly's PopFest on Sunday, Murphy dropped a major bomb about how the show will be revisiting characters from Murder House:

"We do know what we're going to do. It's not going to be next season, but we are going to do a season that's a crossover between Murder House and Coven together. Which is very bizarre, and [includes] characters from Murder House [and] characters from Coven, together . . . It's not next year 'cause it takes too long to plan . . . I've started going to the actors from both of the seasons, quietly, saying, 'I think in this window, if you could fit us in.' So we are gonna do that. So yeah, it's fun. It's weird."

It's fun? It's weird? Ryan Murphy, what are you doing to us? We need more information, like, yesterday. Will Evan Peters return as Tate Langdon? What about Connie Britton and Dylan McDermott? Will we see the demon baby all grown up? Will the Scáthach appear, now that we know she's tied to Coven? As usual, Murphy's answer has prompted even more questions.