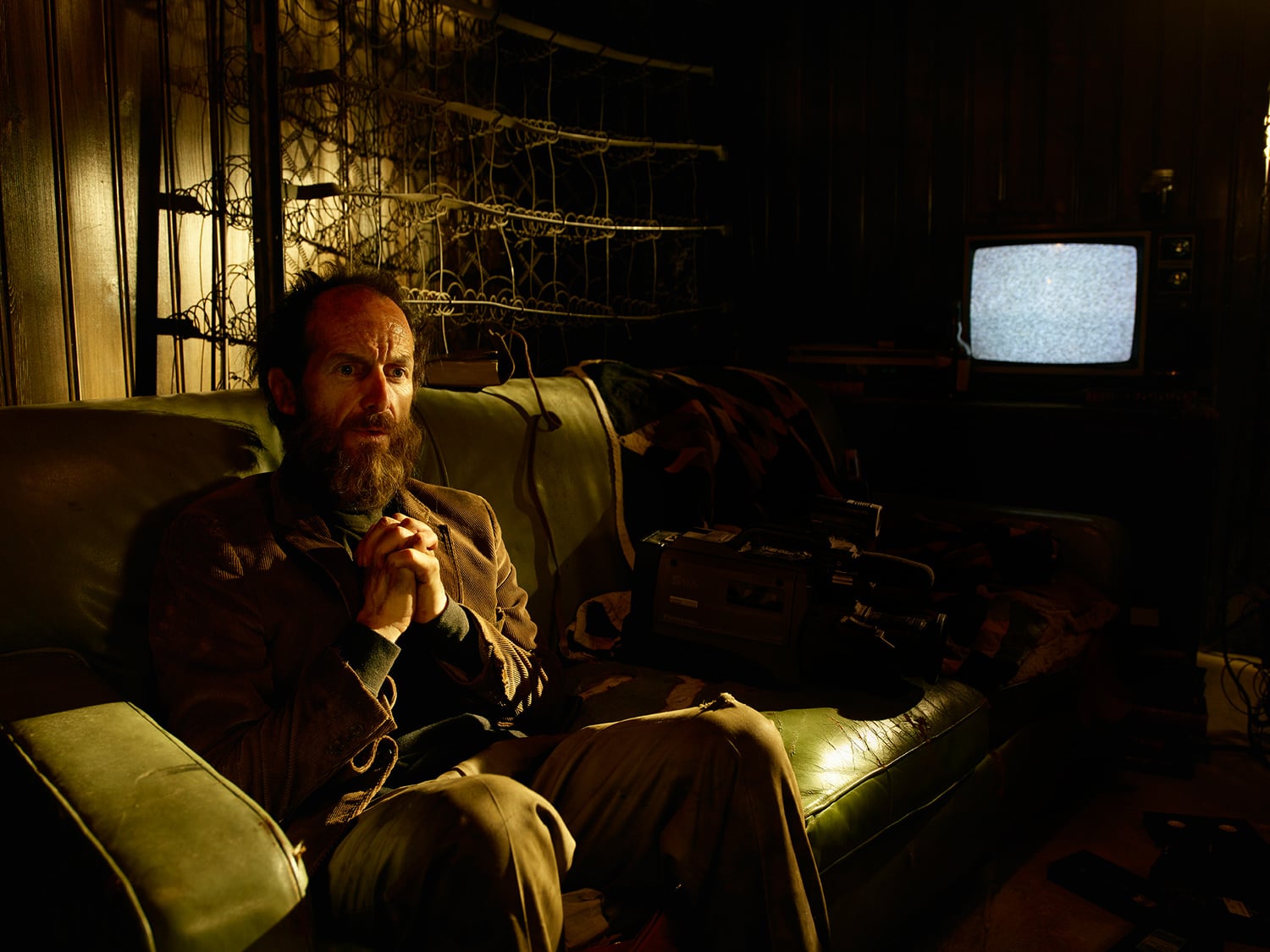 If there's one thing you should know about American Horror Story creator Ryan Murphy, it's that the man loves to drop a hint. In fact, pretty much every season of American Horror Story comes with secret hints about the theme for the subsequent season. Perhaps the most notorious among these is Freak Show's top hat clue, which infamously gave away both the theme of season five (Hotel) and the star (Lady Gaga). Now that we're quite deep into season seven, Cult, we should be able to look back and see glimmers of it in season six, Roanoke.

As luck would have it, Reddit user jonygritte has already pulled out a pretty cool Easter egg. You might remember that Roanoke features the crazed Dr. Elias Cunningham (Denis O'Hare), who eventually goes mad while staying on the property. One of his rambling videos, as jonygritte notes, actually gives a nod to the Manson family cult.

I was rewatching ahs roanoke and I found a connection with cult... from AmericanHorrorStory

If you're scratching your head, here's how it all lines up: Notorious cult leader Charles Manson — who orchestrated the brutal murder of Sharon Tate, one of the most notorious crimes in Hollywood history — became inspired by a belief in "helter skelter." The term was taken from a song of the same name by The Beatles, which, to Manson, signified the coming of an apocalyptic race war. The phrase soon became synonymous with Manson, so much so that it was the title of a true-crime novel that chronicles the Manson murders of 1969.

So, how does that relate to American Horror Story? It's not just that the show's seventh season is about a cult of killer clowns; it's also that actor Evan Peters will actually play Manson at some point this season. It seems like a no-brainer that this is a surefire Cult hint tucked away in Roanoke. Can you find any more?!