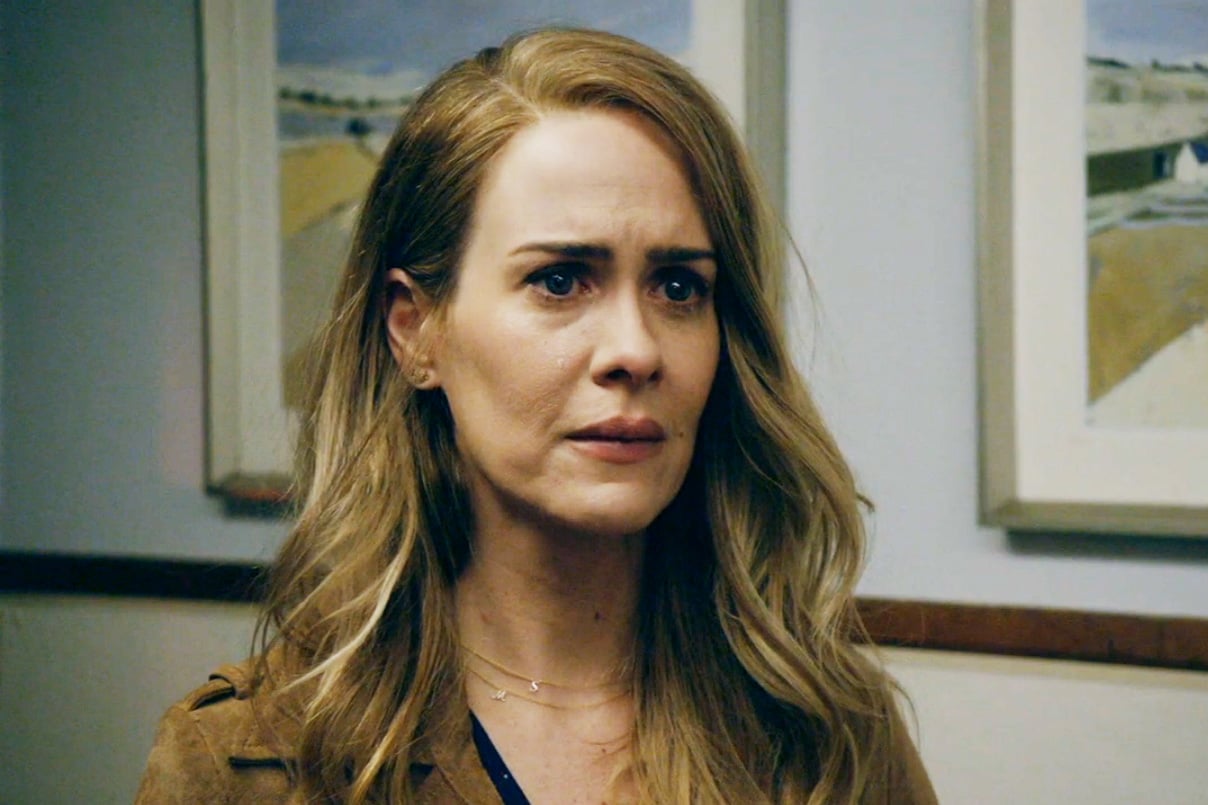 Season six of American Horror Story premiered after months of cryptic teasers, and while most viewers (including this one) were expecting a cut-and-dry theme, à la Hotel or Freak Show, we didn't get one. Instead, we got a faux documentary about a couple who may or may not have moved onto land haunted by the Lost Colony of Roanoke. Actors are playing other actors, weird stuff is going on, and it's fully different from any previous season of AHS . . . or is it?

Now that the first episode has aired, here's one of the biggest collective complaints: if the whole season is going to tell this ghost story, but we already know that the three main people survive, there's no real tension. It's too easy. In fact, there are a lot of signs that point to My Roanoke Nightmare not being the actual theme of season six. Personally, I think the creators are lulling us into a false sense of security, only to flip the script on us later. Here are three theories about what could be going on, assuming that what's been presented so far isn't the whole story.

Sarah Paulson, Cuba Gooding Jr., and Angela Bassett are very convincing as dramatic reenactment "Shelby," "Matt," and "Lee" — maybe too convincing. They're certainly better than any reenactment actors I've seen on TV. Perhaps that's because they're not actors, and they really are living out Matt, Shelby, and Lee's story.

2. They ARE actors, but things will get out of hand.

Let's assume they are actors. They're also potentially filming on the same plot of land where real Shelby and Matt experienced a terrifying haunting. Maybe they signed up for the gig and everything is going as planned so far, but in a future episode, we're taken out of the reenactment and things start to go awry in reality.

Another thought is that the actors get trapped into being "real" Shelby, Matt, and Lee. Maybe the "real" people survive their experience, but the story keeps going in a separate universe as "Shelby," "Matt," and "Lee" live out something that goes beyond the initial story. This scenario would at least threaten the actors' endgame security.

3. They're lying, and we'll find out soon enough.

What reason do we have to believe any of the "real" people being interviewed? There's no way we can tell whether they're actually telling the truth or manipulating the entire story to be what they want us to think it is. Maybe none of it happened, or maybe only one of them is telling the truth. Shelby has had the most bizarre experiences without any witnesses — raining teeth, a ghost sighting, and that whole nearly drowning thing — and while we believe her because we're seeing it play out via "Shelby," there's no proof that it's real.