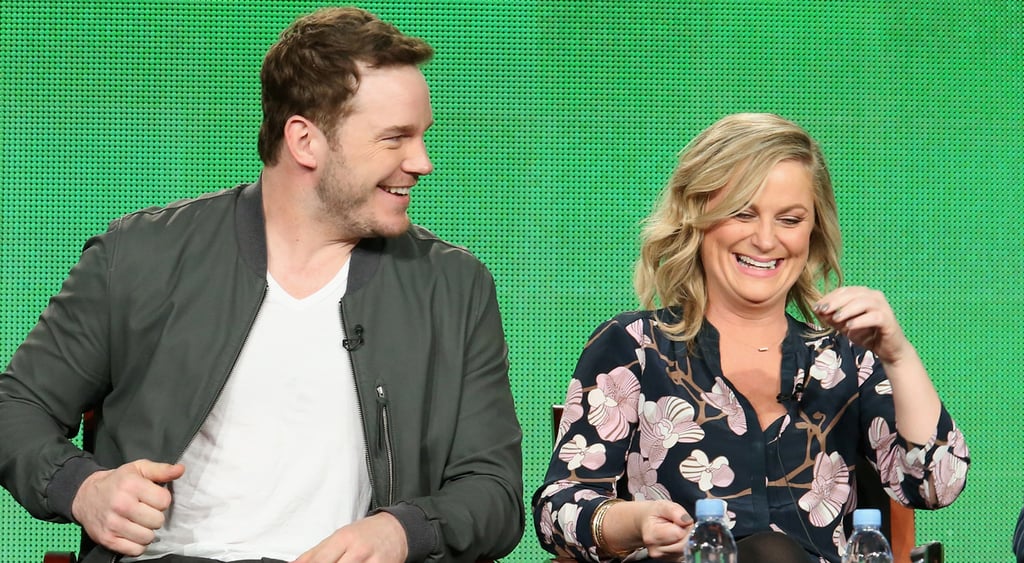 It's been quite an exciting couple of years for Chris Pratt, and his Parks and Recreation costar Amy Poehler managed to capture why he's so lovable (and successful) with her thoughtful, heartfelt words. Chris was named as one of Time's 100 Most Influential People this year, and Amy had the honour of writing about the actor. Keep reading to see what Amy wrote about Chris, then check out reasons why Chris is so lovable plus things you may not know about him.

Chris Pratt is here to save us — from aliens, dinosaurs and general boredom. America has decided he is its next big movie star, and I understand why. It's not because of his broad shoulders and humble roots. It's not because he looks like the perfect combination of a guy you know mixed with a guy you want to be. It's because he has that something special. That magic thing that lets you know he is used to working hard and isn't interested in wasting your time. He's a facile and generous actor who is very smart but never concerned about proving that to you. He doesn't forget that this whole thing is supposed to be fun, which I had the pleasure of seeing firsthand on Parks and Recreation. He is a real man in a sea of ciphers, a good father and friend, and one naturally funny dude. Pratt may spend the next few years riding horses or chasing comets, but he can land a joke with a natural ease that most people spend a lifetime trying to achieve.

Aubrey Plaza
To Girlfriends! The Women of Parks and Rec Reunite For a Sweet Galentine's Day Photo
by Brea Cubit 14/2/20