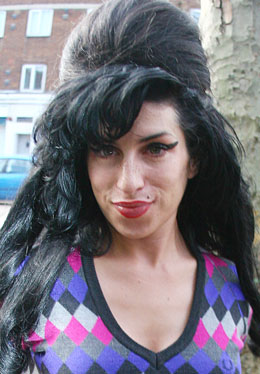 Amy Winehouse has been charged with Common Assault following an incident in September 2008 where she allegedly punched a fan in the face.

Apparently Amy agreed to have a photo taken with the fan at the End of Summer Ball in Berkeley Square, then hit her in the arm and face when another person asked for a photo. It was reported that Amy then left, shouting, "Life can't go on. I can't do this anymore."

Amy will appear in court later this month.