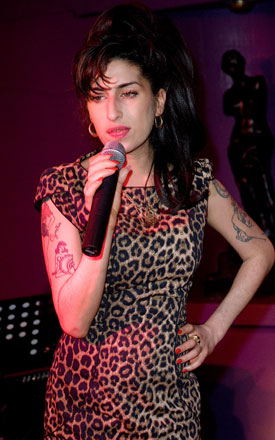 Shocking and sad news — Amy Winehouse has died. The singer was apparently found in her London home this morning. She was 27. There are few details at this point, but we'll keep you updated as they roll in and are confirmed. The Metropolitan Police released a statement regarding Amy's death saying:

"Police were called by London Ambulance Service to an address in Camden Square NW1 shortly before 16.05hrs today, Saturday 23 July, following reports of a woman found deceased. On arrival officers found the body of a 27-year-old female who was pronounced dead at the scene. Enquiries continue into the circumstances of the death. At this early stage it is being treated as unexplained."

A spokesperson for Amy Winehouse also released a statement:

"Everyone involved with Amy is shocked and devastated. Our thoughts are with her family and friends. The family will issue a statement when ready."