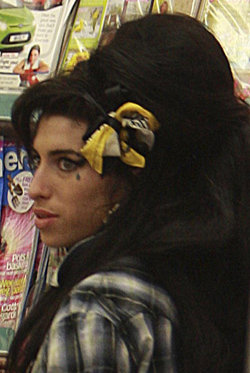 Amy Winehouse was arrested at lunchtime today in connection with a video obtained by The Sun newspaper allegedly showing the singer in possession of and using crack cocaine.

The video was handed to the police by the newspaper in January of this year, and Amy's spokeswoman has made no statement yet. A spokesman for the Met said:

"Around 1pm today a 24-year-old woman from the Camden area attended a London police station by arrangement and was arrested in connection with the alleged possession of a controlled drug. She remains in custody. This is in connection with an investigation connected to footage passed to the Metropolitan Police on 22 January."

We'll bring you more updates as we have them.