Amy Winehouse returned to the UK today as expected, following two months in St Lucia on holiday. After nine hours on the plane she arrived at Gatwick Airport in London, wearing skinny jeans, a bright red jacket and her trademark beehive was back, as she said, "I love London more than anyone in the world". From the airport, she travelled back to her brand new home in North London, seeing her new abode for the first time as she was welcomed by her parents. 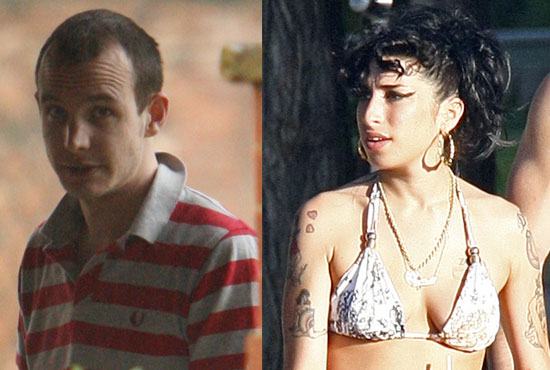 While Amy's just returned, her newly-free estranged hubby Blake Fielder-Civil has vowed to leave the country to get away from her "destructive influence". It seems that he has his new love Sophie Schandorff to help him get over any thoughts of Amy, as she was apparently waiting in the back of his mum's car to greet him when he was released from prison last week. I think that the further apart these two stay, the better. What do you think?