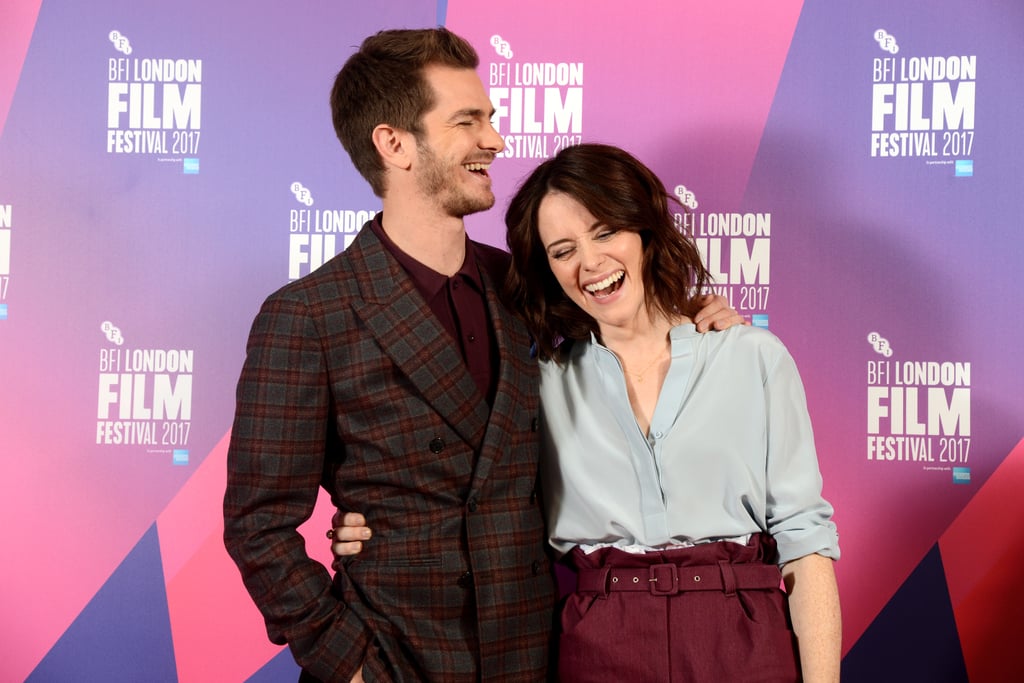 Kicking off the BFI Film Festival in London on Wednesday were Andrew Garfield, Claire Foy, and an abundance of laughter. The duo, who smiled so hard they could each rival the Cheshire cat, attended the photocall for Andy Serkis's directorial debut, Breathe. In the film, Andrew and Claire play real-life couple Robin and Diana Cavendish, telling the story of the adventurous couple's refusal to give up in the face of a devastating disease. Breathe hits cinemas on 27 Oct. Until then, read on to see their cute, candid moments.