Emma Stone hosted this week's Saturday Night Live, and she brought up her role in next year's highly anticipated The Amazing Spider-Man, which drew out cast member Andy Samberg. Samberg, in full spidey regalia, explained that he wanted to audition for the iconic role, so Emma had to let him down by telling him that the part had already been filled — by British cutie Andrew Garfield. To drive the point home, Garfield showed up in person, much to the chagrin of Samberg. 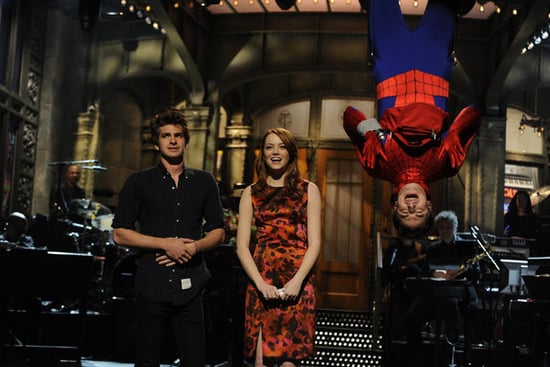 I would have loved to have seen more of Garfield in the episode, but his guest spot in the monologue is still a fun tidbit. Watch his appearance after the jump.