It's good to know that being the new Spider-Man isn't be taking up all of hot British import Andrew Garfield's time. He is set to star in the drama Back Roads as a young man who suddenly has to care for three young sisters after his mother is sent to prison for killing her husband. He's also getting some high-profile help: Jennifer Garner is on board to star as Garfield's love interest, a neighbor who becomes romantically involved with the young man. Additionally, Oscar-winner Marcia Gay Harden is appearing as the young man's therapist. 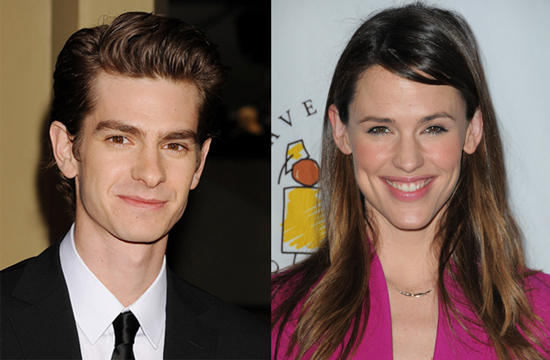 All in all, it's been an exciting year for Garfield. Though his role in The Social Network didn't get him an Oscar nomination, he has been a constant (and charming) award season presence, and it sounds like he isn't about to fade into the background anytime soon.