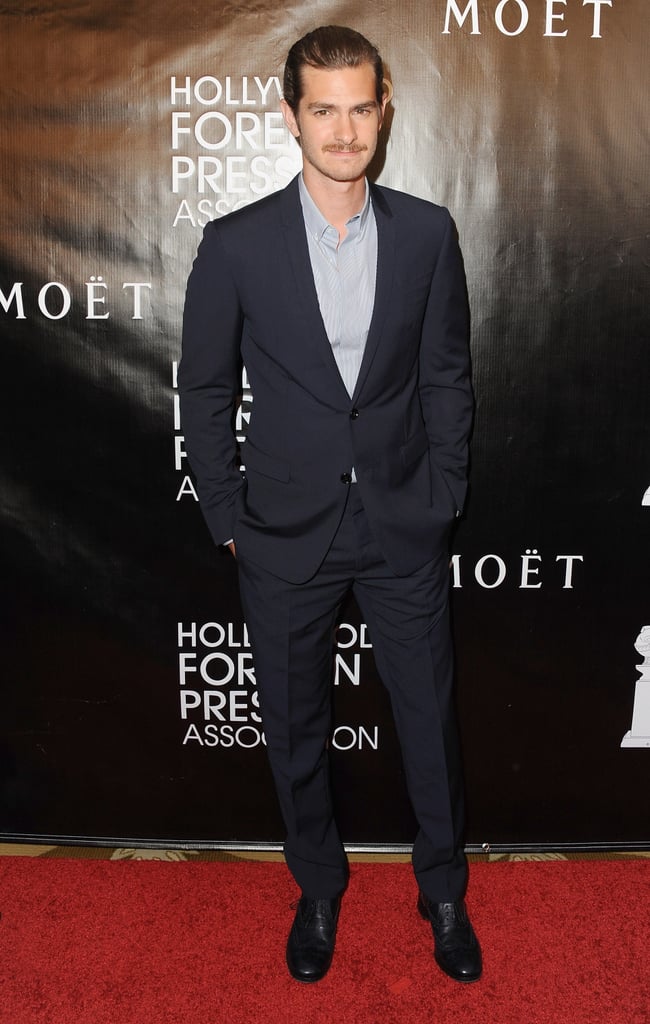 Andrew Garfield showed off a new look when he attended the Hollywood Foreign Press Association's annual grants banquet at the Beverly Wilshire Four Seasons in LA on Thursday. While the handsome actor rocked a beard this past Spring, he's now moved into mustache territory. The new facial hair may be for a role, but in any case, he looked dapper when he stepped out for the event this week, where John Krasinski also appeared with Emily Blunt and Topher Grace walked the red carpet with his fiancée. Keep reading for more pictures of Andrew Garfield's outing, then watch him in the 99 Homes trailer and enjoy some pictures of hot British actors hanging out together.