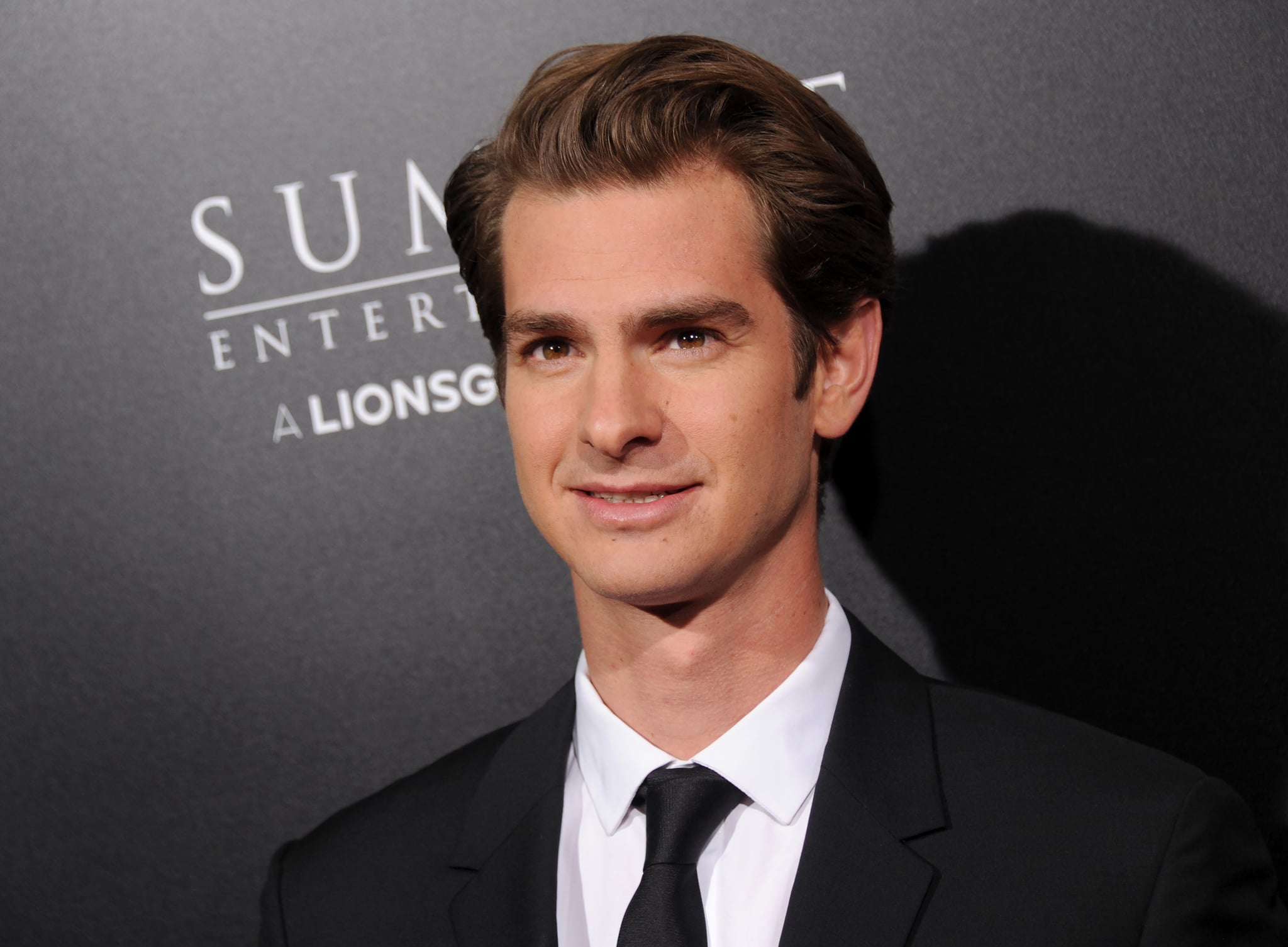 Andrew Garfield is in hot water this week after making some rather interesting comments about his sexuality. The actor is currently starring in a new revival of Angels in America, which has been timed perfectly with the play's 25th anniversary. It's not hard to see why the show is already garnering great reviews; in addition to Andrew, the star-studded cast also features openly gay actors Nathan Lane and Russell Tovey. But with such an emotionally charged and historic show comes a rightfully skeptical conversation: is it OK for Andrew Garfield to portray a gay man?

The topic is admittedly a minefield; Hollywood has a history of casting straight actors in homosexual roles and, even more worryingly, casting cisgender actors in transgender roles. Whether or not you feel OK about Andrew playing a gay character, it's the way he discusses it that might be a bit problematic. The question recently came up (in so many words) during a platform discussion at the National Theatre in London when an audience member asked how Andrew had researched the role of Prior Walter.

"The preparation had begun before [rehearsals began] with a lot of my friends," Andrew said. "[The play is] as much devoted to my friends in the gay community as it is those that passed during the epidemic." He also revealed that the show's writer, Tony Kushner, had asked him to step into the role. "A big concern was what right do I have to play this wonderful gay role? I had to trust that it was the right thing and Tony had asked me and maybe if he'd asked me, it was the right thing. It was as about doing honour, doing justice, and knowing my herstory." This all seems fine enough. The show's writer had asked Andrew to do the part. He had consulted friends in researching the role. Even his insistence that "every single series of RuPaul's Drag Race" helped his research is a little much, but who am I to deny someone's appreciation for such a spectacular show? It's not until we get to Andrew's cavalier treatment of sexuality that you sense there might be a problem.

To preface his comments about "playing gay" and doing his research, Andrew made a couple interesting comments about his sexuality. "As far as I know, I am not a gay man," he said. "Maybe I'll have an awakening later in my life, which I'm sure will be wonderful and I'll get to explore that part of the garden, but right now I'm secluded to my area, which is wonderful as well." He went on: "I am a gay man right now, just without the physical act — that's all." These sentences in particular show a fundamental misunderstanding of what being gay actually is. It's a sexual identity that's always inside a person. It is woven into the fabric of a person. And term itself literally defines as a sexual attraction (and sexual interaction) with a person of the same gender.

Andrew's quotes can easily be taken out of context, as evidenced by Attitude's article, which is titled, "Andrew Garfield: 'I'm a Gay Man Now Because I Watch RuPaul's Drag Race.'" And while this is a false representation of Andrew's actual quote, it applies to his sentiment: that you can be a gay man without having sex with men. That his Sunday activity between rehearsals — he said, "Every Sunday I would have eight friends over and we would just watch Ru" — is the lifestyle you need to live to identify as gay. Forget the sex. Have I, a gay man, watched RuPaul's Drag Race on a Sunday with eight friends? Of course. But without the sex part, it doesn't matter. The logic contradicts itself.