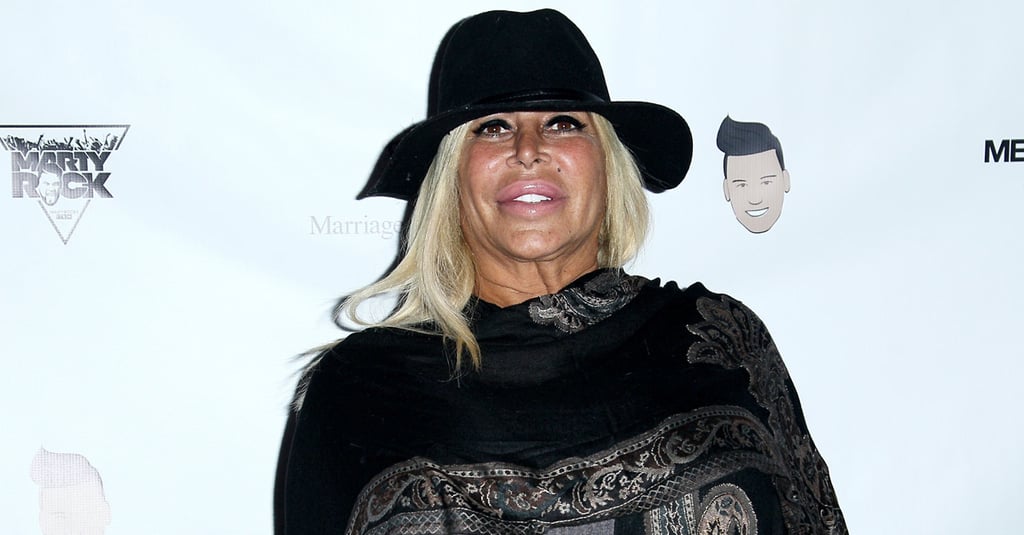 Mob Wives star Angela Raiola, better known as "Big Ang," passed away early Thursday morning after a long battle with cancer. The reality TV star's friend, Vinnie Medugno, confirmed the sad news with a message on her Twitter page, writing, "It is with sad regret that we inform you that at 3:01 a.m. Angelia Raiola peacefully ended her battle with cancer, and was called home. She was surrounded by nothing but love from her immediate family, and the closest friends. YOU, (her fans) were some of the most special people in the world, and she loved you immensely. Thank you for your love, prayers, and unconditional support of Angela right to the very end. She truly went out richer than any monetary value could ever amount to. The family asks for privacy and peace during this most difficult time. In typical Big Ang fashion, we knew she would say 'Love you my babies!' This page will remain open as a celebration of who she was and will always be." Angela battled stage 4 lung, brain, and throat cancer. She is survived by her husband, Neil Murphy, two children, and six grandchildren. She was 55 years old.

This is @vinniemedugno on behalf of the family of Angela Raiola, please see below: pic.twitter.com/wiuPApr9Lw

Award Season
Kerry Washington Honours Michael K. Williams at the Emmys: "Your Excellence, Your Artistry Will Endure"
by Monica Sisavat 5 days ago