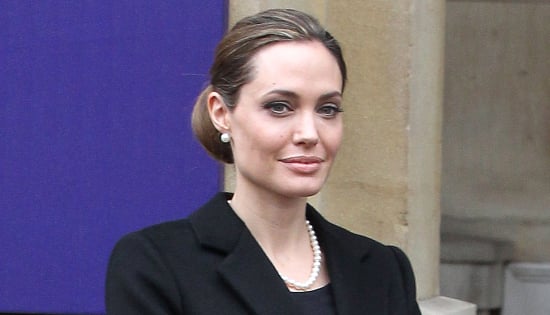 Angelina Jolie made headlines around the world when she announced last week that she had gotten a preventative double mastectomy earlier in the year, but her decision to wait to announce the news was surprising to some. Now, People magazine reveals why Angelina and her partner, Brad Pitt, decided to wait until almost a month after her final surgery to talk about her health crisis. A source told the magazine that Brad did "everything he could" to keep the surgery a secret, and that the two wanted to keep things low-key until she had fully healed. A family insider said, "They really wanted Angie to be able to recover and rest before they shared the story." According to the insider, the couple used early morning appointments and rental cars to avoid being discovered by the paparazzi.

Brad did a good job keeping Angie's health struggles a secret when he sat down for an interview with Esquire, which will hit newsstands later this month. However, Brad did go into detail about his love for Angelina, saying that she is "the best person." Aside from releasing a statement showing his support for Angelina, both Brad and Angie have laid low since the announcement. The two will most likely join up again on the red carpet when Brad hits the premiere circuit to promote his new film, World War Z, in June.

Image Source: Getty
Why Angelina Waited to Announce Her Surgery — and How Brad Helped  originally posted on POPSUGAR Celebrity News
Around The Web