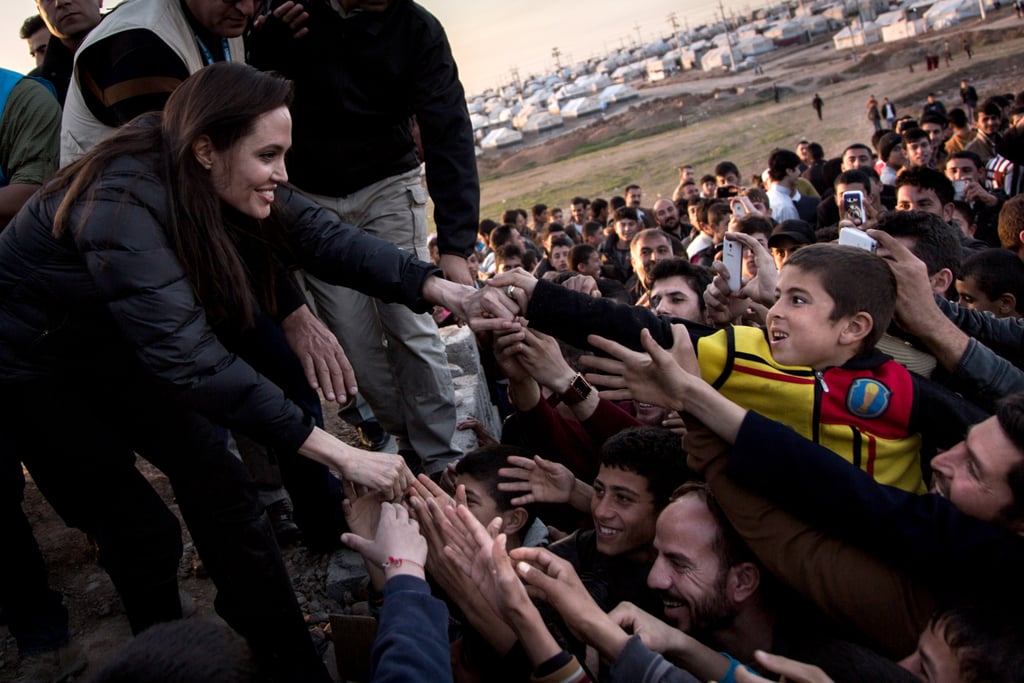 Over the weekend, Angelina Jolie headed to Northern Iraq, where the actress and UN Special Envoy visited a refugee camp for thousands of people who fled their homes following ISIS attacks. She met with children and families as she toured the Khanke camp, and during a press conference, she spoke out to say that more help is needed. "Since I was last there in Iraq, another two million people have been forced from their homes," she said. Angelina called on world leaders to "find a common ground," adding, "It is not enough to defend our values at home. We have to defend them here, in the camps and in the informal settlements across the Middle East, and the ruined towns of Iraq and Syria."

Her overseas trip comes after a busy couple of weeks for the actress. Earlier this month, Angelina met with Pope Francis during a visit to the Vatican, and last week, she attended the SAG Awards, where her latest directorial effort Unbroken was nominated in four categories. See more pictures from her special trip to Iraq.