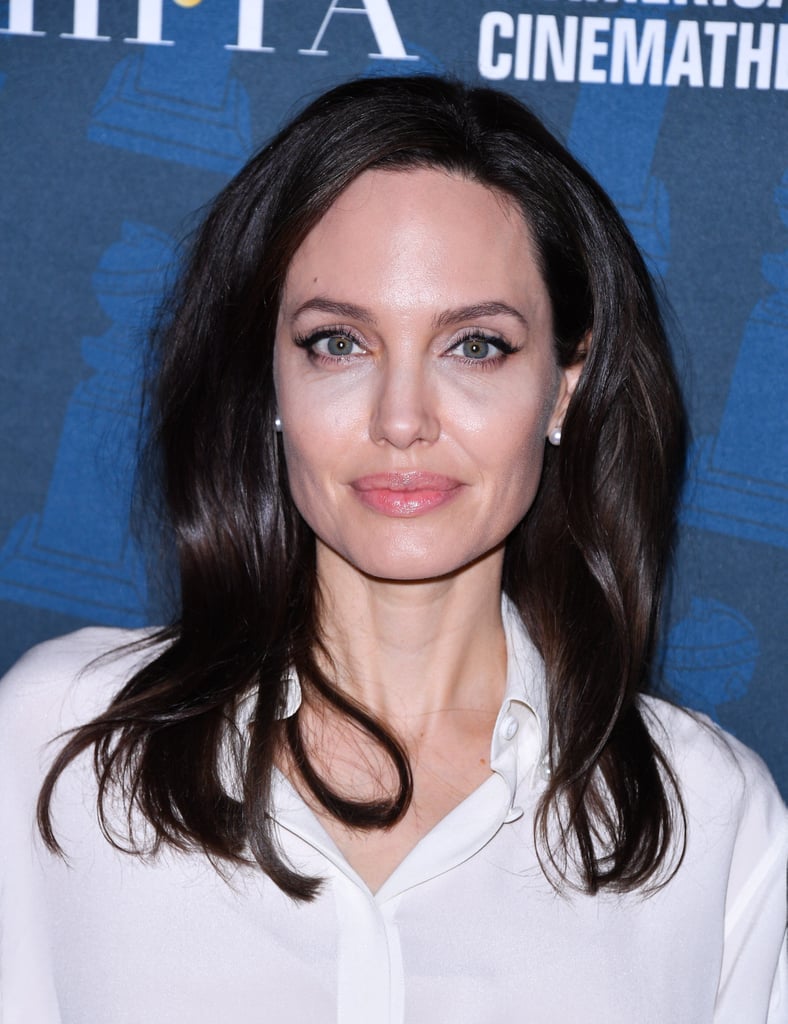 Angelina Jolie must be drinking from the fountain of youth. The 42-year-old actress stunned on the red carpet at the HFPA and American Cinematheque's Golden Globe Foreign Language Nominees Series Symposium in Hollywood on Saturday. Angelina's film First They Killed My Father, which was adapted from a memoir written by Loung Ung, is nominated for best foreign language film at the 2018 Golden Globes. The Oscar winner, who had a busy 2017, posed for photos with Loung and the film's producer Rithy Panh ahead of the award show ceremony on Sunday night. Keep reading to see photos from Angelina's latest outing.

Related:
Permission to Freak Out? Jennifer Aniston and Angelina Jolie Will Both Be at the Golden Globes
Previous Next Start Slideshow
CelebritiesPhotographyRed CarpetAngelina Jolie
Around The Web