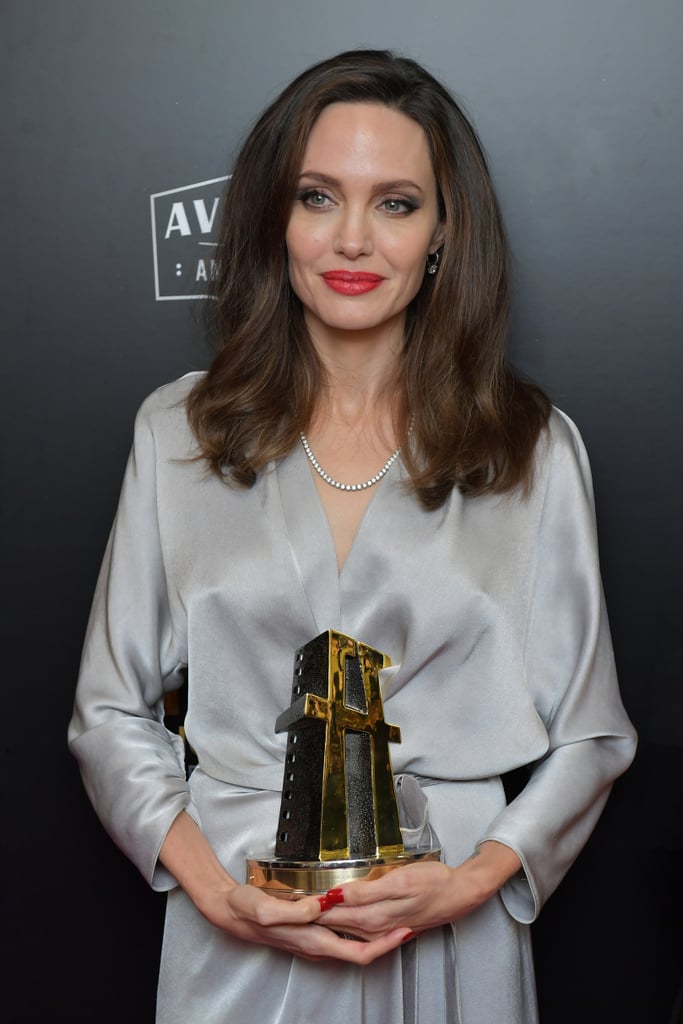 Angelina Jolie made a stunning appearance at the Hollywood Film Awards in LA on Sunday night. After walking the red carpet in a silver satin wrap gown from Jenny Packham, the Oscar winner was joined onstage by American-Cambodian activist Loung Ung, author of the memoir First They Killed My Father, which Angelina adapted into a feature film this year. The two accepted the award for Hollywood foreign language film thanks to their work on the project, which is currently streaming on Netflix.

Related:
The Heartwarming Way Angelina Jolie Makes Sure That Her Kids Never Worry About Her

It's been a big year for Angelina, who also debuted the film The Breadwinner and made a handful of public outings with her six kids, whom she shares with estranged husband Brad Pitt. She has also kept up with her philanthropic work; in February, she delivered a heartfelt speech at Geneva's UN Office, and she gave a lecture at the London School of Economics in March. Keep reading to see photos from Angelina's most recent appearance.