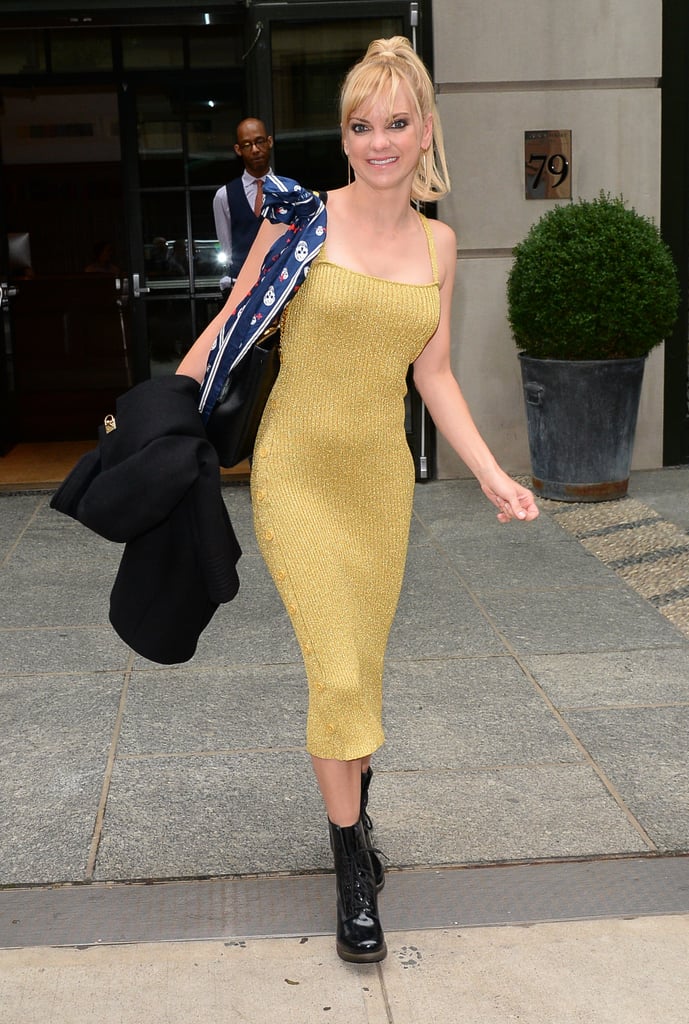 Anna Faris was positively glowing when she stepped out in NYC on Monday. Dressed in a sexy gold number, the actress, who is currently in the midst of the press tour for her book Unqualified, was all smiles as she exited her hotel and waved to fans nearby. Anna's fun outing comes on the heels of reports that she may have a new man in her life. According to TMZ, Anna is dating cinematographer Michael Barrett, with whom she was seen at an LA carnival and a Malibu restaurant back in September.

The news also comes two months after Anna announced her separation from Chris Pratt. While the reason for their split still remains unclear, it seems like their breakup was amicable. In an interview with People earlier this month, Anna opened up about the breakup, saying, "We'll always have each other and be incredible friends."